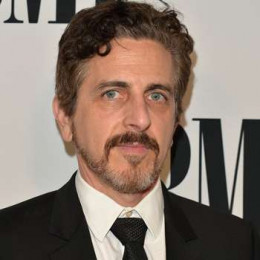 Michael Daniel Penn is a singer, songwriter and composer, best known for composing Boogie Nights, Hard Eight and Sunshine Cleaning. He is also known for his first single, "No Myth", which earned him the 1990 MTV Video Music Award for Best New Artist and also reached US top 10 hit in 1989. He is the proud son of actor/director Leo Penn and actress Eileen Ryan.

Moving on to his personal life, he is a happily married man. He met his wife who by profession is a singer and songwriter while she was recording her album I'm with Stupid. The two are enjoying their marriage since 1997 and are currently living in Los Angeles. Till now he has been married two times. From his first wife he has a son but with his second wife he has no kids.

She is the first wife of Penn, with whom he enjoyed the marital relation for almost 5 years. The two have raised a son together.

An American singer and songwriter, Mann is the second and current wife of Penn. They are married since 1997.

He is the only child of Penn, whose personal details has not been disclosed to the media yet.