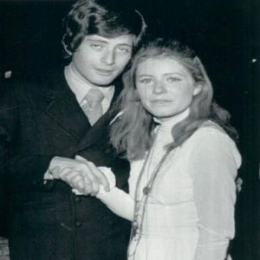 Writer, music promoter, as well as a newspaper publisher, Michael Tell is one of those popular faces who came to prominence after marrying late American actress, Patty Duke. Patty is famous for portraying the role of Helen Keller in the Broadway plays "The Miracle Worker".

Who Is Michael Tell's Wife? Know About his Wedding, Children, Rumors, DNA Test

Michael Tell is possibly single as of 2019. He isn't romantically linked to any ladies followed by the death of spouse Anne Marie "Patty" Duke. They stayed in a marital relationship for a year. He resides with his biological son, Sean Austin in the United States.

However, he was previously married to his late ex-wife Patty Duke. Patty was an American actress, appearing on stage, film, and television. Moreover, she died of sepsis from a ruptured intestine at the age of 69. 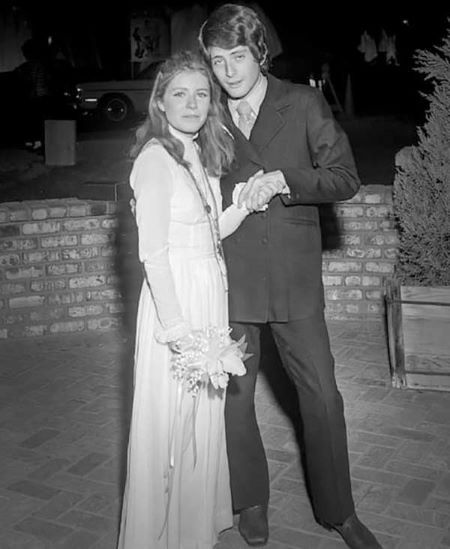 The former couple first started dating back in early 1970. On the other hand, Petty was dating another two men, at that time; Here's Lucy star Desi Arnaz Jr. and actor John Astin.

Meanwhile, she tied the knot with Michael on June 26, 1970. Their wedding was not the usual one because of Duke's pregnancy; it all happens suddenly. However, the marriage just lasted for 13 days and got divorced on July 9, 1970.

After splitting with Tell, Patty married John Astin(1972-1985) and drill sergeant Michael Pearce(1986 to till her death).

Micheal and ex-wife Patty were blessed with a child. He shared a son, Sean Astin with Duke born on February 25, 1971. Patty realized she was pregnant with her child, Sean in June of 1970 amid a manic phase.

However, he was unaware of the fact because Patty described in her autobiography that John Astin was the actual biological father of Sean. Further, she later told Arnaz Jr. was Sean's biological father.

More to that, the actual truth came out when Sean Astin underwent a DNA test in 1994. The result showed all the statements of Patty to be incorrect and Michael Tell turned out to be Sean's actual father. Meanwhile, the father and son only met after 23 years.

How Much Is The Net Worth Of Michael Tell?

Celebrity husband Michael Tell holds the net worth of around $300 thousand - $500 thousand. He garnered this wealth from his career as a writer, music promoter, as well as a publisher of the newspaper The Las Vegas Israelite. Tell is living a lavish life from his lucrative career.

Michael's ex-wife, Patty had the net worth of $10 million all thanks to her career as an actor. Moreover, she appeared in movies like The Miracle Worker, Bigger Than the Sky, Prelude to a Kiss and many more. Likewise, she also acted in television series Kitty Foyle, Drop Dead Diva, The Protector and so on.

Michael's only son Sean Astin possesses an estimated net worth of $20 million. He brings in big bucks from a career as an actor, voice actor, and director. Sean is acclaimed for his appearance in hit movies like The Goonies, and Lord of the Rings trilogy.

Most notably, Astin just earned $250,000 for the Lord of the Rings movie. He collected unsubstantial raises for the sequels and did not profit any royalties off the franchise.

The celebrity kid earns royalties from the merchandise and was provided a nice one-time payment for the sake of his promotional works related to the third movie.

Michael Tell is quite a secretive person who prefers to keep himself out of the limelight. Moreover, he is yet to disclose his personal details. However, he stands at a height of 5 feet 4 inches or 1.62 m with black eyes and black hair.

Micheal shared a son, Sean Astin with Duke born on February 25, 1971, but he was unaware of the fact because Petty described in her autobiography Astin was the actual biological father of Sean.