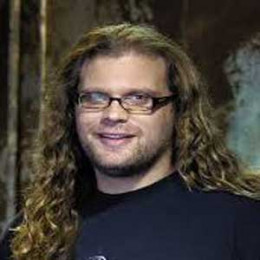 Mikey was born Michael Joseph Teutul in the year 1978, November 26 to Paul Teutul and Paula Teutul. Born in New York, USA, he is the youngest son among four children.

His older brother Paul Teutul Jr. is the owner of Paul Jr. Designs whereas his other brother Daniel is the general manager of Orange County Ironworks. He has a younger sister Christin who is a nurse.

Teutul started his career working in his family’s steel business Orange Country Ironworks at the age of 14. He worked as an Assistant General Manager, receiving the call and taking the trash out at that time.

As a reality TV star, he appeared in popular Discovery Channel’s show American Choppers based on his family business. After that, he performed in well-liked shows such as Late Show, Late Night with Conan and The Tonight Show alongside David Letterman, Conan O’Brian and Jay Leno.

In 2010, pursuing his interest in painting, Teutul opened up his gallery entitled ‘Wolfgang Gallery’ in Montgomery.

Michael was forced out of his family business. Later he joined his brother’s business venture Paul Jr. Designs

The 39-year-old Teutul is not involved in any relationship yet. He is enjoying his single life and focused on his career. Even though he is seen hanging out with many girls, Mickey is still an eligible bachelor of the town.

Teutul was addicted to alcohol which he admitted in 2009. He checked into a rehabilitation center so as to overcome his addiction.

Michael’s estimated net worth in 2017 is $2 million. He has well maintained his standard of living from his income. He was gifted AMC Matador by his elder brother during the Lance Armstrong Bike build.