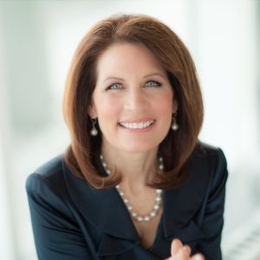 Michele Bachmann remains the epitome of woman empowerment as an American politician and a member of the Republican Party. Her introduction would be incomplete without mentioning that she represented Minnesota's 6th congressional district in the United States House of Representatives from 2007 to 2015.

While Michele Bachmann's professional endeavors remain quite transparent to the public and media, she tries her best to keep a low-profile of her love life. However, her efforts in doing that failed as she couldn't hide the fact that she is a married woman. In fact, she tied the knot with a clinical therapist, Marcus Bachmann, way back in 1978. Her husband acquired his master's degree from Regent University and a Ph.D. from Union Graduate School. The two first met while they were undergraduates, which makes their love story quite unique and exciting. 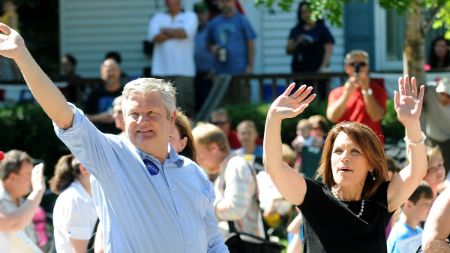 When Michele Bachmann got her LL.M. in taxation from William & Mary School of Law in 1988, she and her husband moved Stillwater, Minnesota, where they ran a Christian counseling center that provided gay conversion therapy.  The pair remain quite dedicated to contributing to society as they provided foster care to 23 children and short-term care for girls with eating disorders.

Michele Bachmann and her partner share five adorable children named Lucas, Harrison, Elisa, Caroline, and Sophia. In a town hall meeting in 2011, the diva disclosed how she suffered a miscarriage after the birth of their second child.

When it comes to finances, the 2012 presidential hopeful, Michele Bachmann has nothing to worry about, thanks to her journey in politics. Over the years, she took on several important roles, like being a member of the Minnesota Senate from the 52nd and 56th district. Thus, Michele Bachmann and her husband own a staggering net worth of $2.8 million, which allows them to live a lavishing lifestyle around all sorts of modern-day amenities. However, the pair did owe around $750,000 in outstanding loans in 2010. 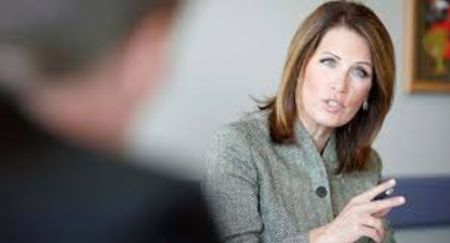 The primary source of the Bachmann couple's wealth comes from her husband's Christian psychotherapy clinic, which is valued at least $600,000 and generated around $100,000 in gross income in 2010 itself. In addition to that, their other property, the Bachmann Family Farm, is also valued between $500,000 and $1 million. Apart from making big bucks, Michele prefers the thought of giving back to society as an activist. In fact, she is a supporter of the Tea Party movement and the founder of the House Tea Party Caucus.

Talking about the early life of Michele Bachmann, she was born in Waterloo, Iowa, to Norwegian-American parents, David John Amble (1929-2003) and Arlene Jean Amble. Interestingly, two of her great-great-great grandparents emigrated from Sogndal, Norway, to Wisconsin in 1857. While her father was an engineer, the whole family moved from Iowa to Brooklyn Park, Minnesota, when she was just 13 years old. Only a year later, her parents got divorced. As her father married another woman, she grew up with her mom, who also remarried to widower Raymond J. LaFave. 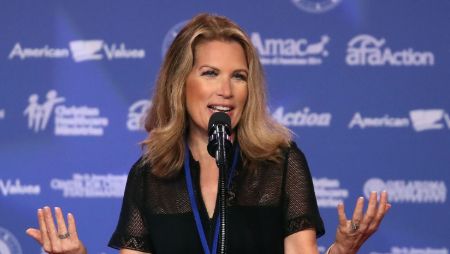 Michele Bachmann's parents got divorced when she was 14. SOURCE: USA Today

For education, Bachmann graduated from Anoka High School in 1974. Likewise, she completed her bachelor's from Winona State University with a B.A in 1978. Later, in 1988, she also received a LL.M. degree in tax law from William & Mary Law School. She worked as an attorney for the Internal Revenue Service from 1988 to 1993, when she quit the job to become a full-time mother.

Michele Bachmann and her husband Marcus Bachmann welcomed their first and eldest child, Lucas Bachmann after getting married.

Marcus Bachmann and the politician Michele Bachmann welcomed their first daughter and third child in Elisa Bachmann. She suffered a miscarriage after her second child.

Carolina Bachmann is the fourth children of Michele Bachmann and Marcus Bachmann. She is the second daughter in the family.