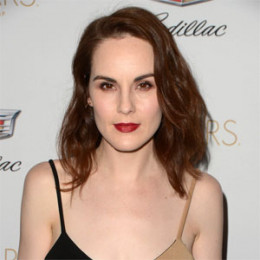 Michelle Dockery is famous English actress and jazz singer. Michelle is best known for her leading performances in popular television drama series Downton Abbey, for which she also got nominated for a Golden Globe Award and three Primetime Emmy Awards.

Her fiance Dineen died in 2015 due to a rare case of cancer. She is now busy with her much-loved Television series Good Behaviour. She has also played a notable lead role alongside Niam Leeson and Ryan Reynolds.

Born on 15 December 1981, Michelle Dockery is the youngest daughter of Irish lorry driver and later an environmental analyst Michael Francis Dockery and Lorraine Dockery. She was born in Rush Green, London and grew up in Romford, East London.

Michelle started developing the interest in acting performances from her early childhood. She first attended Chadwell Heath Academy. Later to pursue her acting career she joined Finch Stage School and The Guildhall School of Music and Drama.

Michelle was a member of the National Youth Theatre and made her professional debut in 2004 through His Dark Materials at the Royal National Theatre. 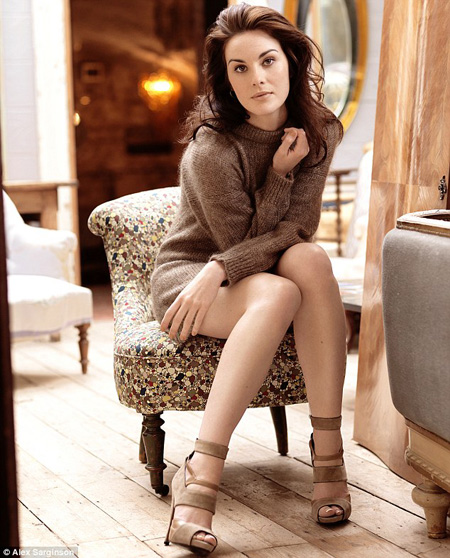 Michelle was nominated for the Ian Charleson Award in 2006 for her performances as Dina Dorf in Pillars of the Community at the National Theatre. Michelle also got nominated Best Newcomer at the Evening Standard Awards.

After initial theatre success, Michelle Dockery made her television debut in Fingersmith in 2005 as Betty. Dockery began working in different TV movies as Hogfather (2006), Consent (2007) and Poppy Shakespeare (2008).

Michelle Dockery came to public prominence in 2010. She played the role of Lady Mary Crawley in Julian Fellowes’s series Downton Abbey. The series was broadcasted through UK’s ITV in 2011-2015 and later in the US.

In 2011, Dockery’s got her first big screen role as False Marissa in Hanna. In 2012, she appeared in the two-part dramatization of William Boyd’s spy thriller Restless on BBC.

One of her biggest projects was a thriller action feature film Non-Stop in 2014. She got the golden chance to work with great stars as Liam Neeson, Julianne Moore, and Lupita Nyong’o.

Another, remarkable Hollywood performance of Michelle Dockery is in sci-fi thriller feature film Self/Less in 2015. In Self/Less she played opposite Ryan Reynolds. 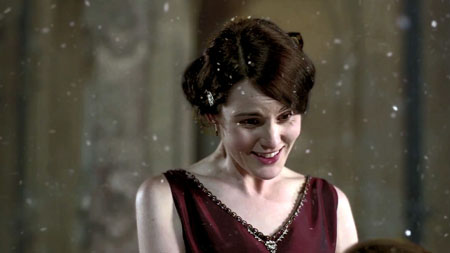 Lately, Michelle has starred alongside Jim Broadbent and Charlotte Rampling in the British film The Sense of an Ending in 2017. Michelle plays the character of Jim Broadbent. She is also playing a lead role in the Netflix western limited series Godless.

Michelle is also a trained jazz singer. She has performed at Ronnie Scott’s Jazz Club 50th Anniversary in London. She has sung alongside Sadie and the Hotheads.

Michelle Dockery has earned lots of nominations and awards since her early career. In 2005, she got nominated for the Best Actress for Ian Charleson Awards. And, next year at Ian Charleson Awards, she won the second prize for best performance by an actor.

Michelle got nominated at Monte-Carlo Television Festival for 2 years in a row as Outstanding Actress-Drama series in 2011 and 2012. Both year she got nominated for her performances in Downton Abbey.  In 2012, Michelle won the Editor’s Special Award at Glamour Awards. 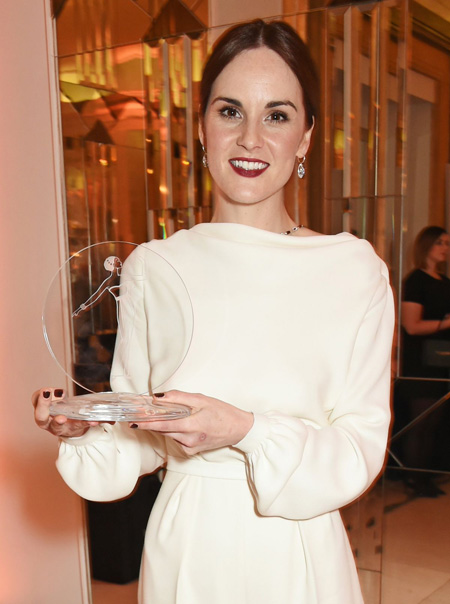 Michelle with her Harper's Bazaar Women of The Year award in 2015
Source: Celebuzz

In 2015 she won Harper’s Bazaar Women of The Year Awards for Television Icon. And again secured Screen Actors Award for the second time in 2016.

She also got nominated for other awards at Online Film and Television Association Awards and Critics Pick Awards. For her performance in Godless and Good Behavior, Michelle won Outstanding Achievement Award at Cannes International TV Series Film Festival.

Michelle Dockery has the estimated net worth of $4 million. Her annual salary is nearly $500 thousand from her appearances in different TV and drama series.

In 2014, Michelle bought a flat in Northern London. She is famous for her endorsement of brand Red. 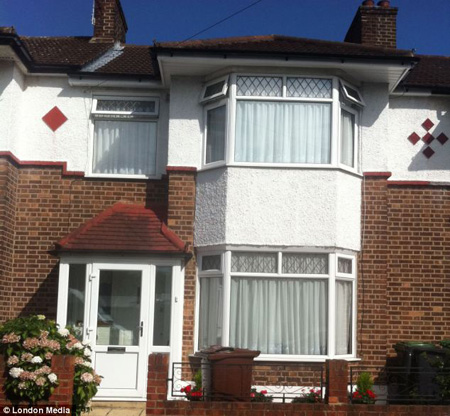 Michelle is a patron of Changing Faces and in 2014, she was featured in a short movie Stand Up to Cancer spreading the awareness of the disease and treatments.

In 2015, Michelle Dockery faced a huge breakdown moment in her life. On 13 December her fiance John Dineen died from a rare form of cancer in Ireland while on bedside with Dockery. Dockery and Dineen had been in a relationship since 2013.

The couple was having a good time until Dineen started having difficulties due to disease. Michelle and her family are extremely grateful to be able to grieve in private and pays thankfulness to everybody who helped them in their difficult time. 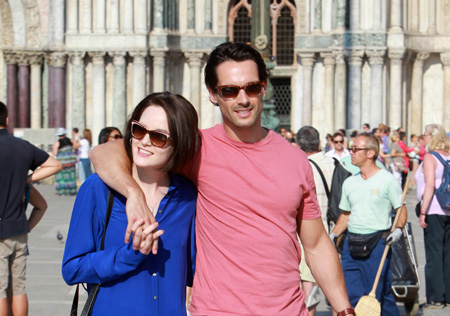 Michelle with Dineen before his death
Source: Extra TV
Before Dineen, she was rumored to be in a relationship with Joseph Millson in 2012. She reportedly dated Trent Davis as well.

Now she is single and has no any children from any of her boyfriends or fiance. She resides in her own home in north London and is busy with her Television series Godless.

Michelle loves to sing and she illustrates Peggy Lee, Melody Gardot and Billie Holiday as her influence. She also loves to listen to Oasis, Joni Mitchell and The Doors. For the classic, she prefers Frank Sinatra and Nina Simone.

Michelle has different favorites brands in clothing and styles. Delpozo is one of her favorite fashion brands.