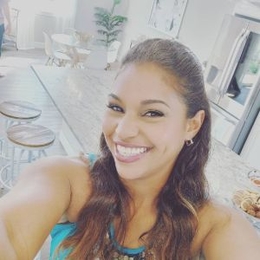 Best known as reality star for 100 Day Dream Home, Mika Kleinschmidt is a blissfully married woman with her friend turned fiance turned husband, Brian Kleinschmidt. Mika and Jade have known each other since they were in Riverview Highschool, Florida. However, they got out of contact after graduation before reuniting in 2011. 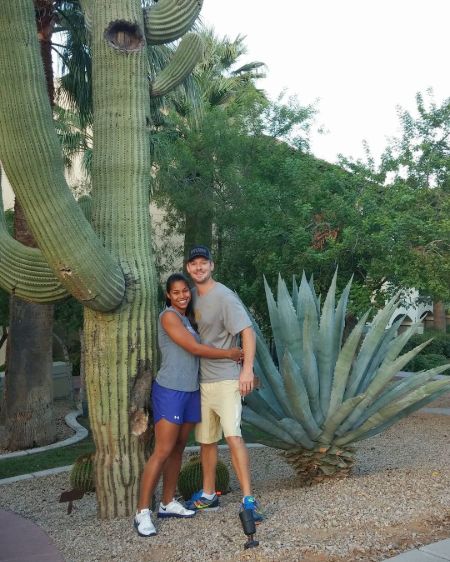 A picture of Mika Kleinschmidt and her husband Brian Kleinschmidt. SOURCE: Instagram (mikamakesmoves)

However, they got out of contact, & Brain was too shy to ask her out back then. However, in the same year, in 2011, both came close, and this time, they began their whirlwind romance. Eventually, in 2013, Brian proposed to Mika.

As a result,  they both exchanged their marriage vows on October 10, 2015, in an intimate ceremony. Following marriage, Mika also changed her last name from McGee to Kleinschmidt.

Between the years Mika and Brian rekindled their love, Brian was married to former Miss America 2004, Erika Dunlap in 2007. They signed a divorce paper citing irreconcilable differences in 2011. Meanwhile, Mika was also in a serious affair with an anonymous guy.

Mika Kleinschmidt is a proud mother of a 12-year-old daughter, Jade Kleinschmidt, born on February 23, 2009. However, Jade isn't a complete daughter from the couple. To be precise, Jade is reported to be a child of Mika from her previous relationship. Meanwhile, the 100 Day Dream Home star has kept the details of her ex-partner a secret. 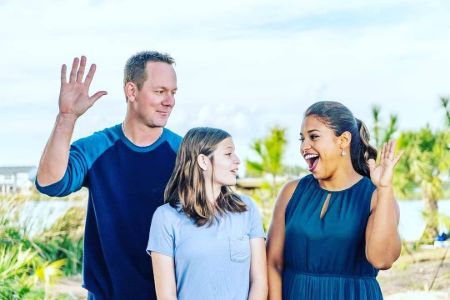 Nevertheless, Mika is a supportive mother & role model to Jade as she loves and takes care of her entirely, which is her main priority. Not to mention, Mika is also close to her in-laws and shares a good bonding with them. The family is often spotted in public events and for dinner nights. Moreover, the husband-wife duo prefers to go on a vacation and travel to different places with their daughter whenever they have time. All in all, the family lives a lavish life with a pet dog named Bear.

Not to mention, Brian is also proud to be a 'Bonus Dad' to Jade as he proudly wrote a lovely message on his Instagram page where he expressed his love for Mika's child.

Likewise, on her Instagram account, Mika mainly uploads pictures of the latest interior home design & her workout videos. Also, she loves to give a fans glimpse of her marital relationship and motherhood.

What is the Net Worth of Mika Kleinschmidt?

Speaking of her net worth, Mika has accumulated a wealth of $2 million. Thanks to her involvement in the company Dirt 2 Design and reality shows like 100 Day Dream Home & Rock The Block Season 2 alongside her husband. Besides her profession, she probably increases her bank balance from her collaboration and brand endorsements. On the other hand, her husband holds an estimated net worth is $960,000.

As for now, Mika Kleinschmidt is a regular co-host of the HGTV Series, 100 Day Dream Home. There, Mika and her husband Brian get a challenge of 100 days of time limit to build custom design clients' dream houses. Since 2019, the show has aired on HGTV.

Check out the video of Mika Kleinschmidt and her husband speaking about their business.

Before starring on the HGTV affiliated show, the pair were busy with Dirt 2 Design. The couple builds a spec house on a budget in Florida. Furthermore, the couple also won the show Rock The Block Season 2 in April 2021.

Likewise, Brian and Mika held classes for Homeowning 01, a show about improving home designs from interior designs to keeping better equipment and quality carpentry. The exhibition presented by American Standard Heating & Air Conditioning included special topics on Instructional Videos, 01 Minute Fixes, Seasonal Homework and School Supplies. Mika and her husband do a great job together as partners in crime.

Mika Kleinschmidt is a blissfully married woman. She walked down the aisle with Brian Kleinschmidt on October 10, 2015.

Jade Kleinschmidt is the daughter of Mika Kleinschmidt, who was born from her previous relationship in February 2009.