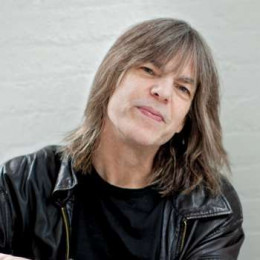 He is a popular American jazz guitarist, who till now has been nominated six-times for Grammy Award .He started his career with the band Blood, Sweat & Tears in 1976, appearing on the BS&T albums More Than Ever and Brand New Day. Following that he launched a solo career, releasing more than a dozen albums. He was born Michael Sedgwick, to Helen and Henry Dwight Sedgwick V.

Talking about his personal life, he is a happily married man. His wife is a guitarist and vocalist, with whom he has a good connection so there is a rare chance of their divorce to happen. Actually, Stern has stayed a bit of low profile when it comes to his personal matters. Till now he hasn't shared any detailed information about his marriage and hasn't spoke publicly about his past relationships.

She is the one and only beloved wife of Mike, who by profession is an electric guitarist, singer, and ngoni player. Their marriage date is yet unknown to the media.