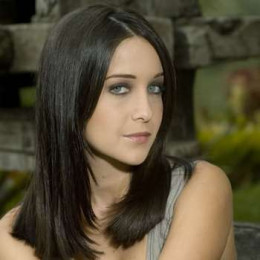 Venezuelan actress, Milena Torres was nominated for Kids Choice Awards Mexico for her roles in Nickelodoeon series Isa TKM. Aside from being an actress, Torres is also an animator, singer, and an economist. She also debuted in soap opera at the very early age of 8. Torres is a married woman. She is married to her husband, Jean Claudio since 2011 after years of dating. The couple shares two beautiful daughters together.

Milena Torres was born Milena Cristina Torres Duque on 14th July 1983 in Caracas, Venezuela under the birth sign Cancer. Torres is a Venezuelan actress her ethnicity is mixed.

Torres took a course in economics at the Central University of Venezuela.

Milena Torres made her debut in soap opera from the very early age of 8. Torres participated in Selfish Mothers, a Mexican telenovela broadcasted on Televisa. In 1993, she landed a role in another Mexican telenovela, Two women, One Way directed by Emilio Larrosa. After the telenovela, she began her career in the world of entertainment and acting through various TV series and telenovelas.

Torres then appeared in several TV series and telenovelas including- Sharing the Destination, Taste to you, Mambo & Canela and Camaleona among others. However, she is popularly known for her role, Cristina Ricalde in the soap opera, Isa TKM, and Isa TK+. She shared the screen with Maria Gabriel de Faria, Reinaldo Zavarce, Micaela Castelotti and Willy Martin among others. For her amazing performance, she was even nominated for Kids Choice Awards Mexico in 2010.

Torres joined a musical group Isa TKM based on telenovela Isa TKM and Isa TK+ with Maria Gabriela de Faria, Willy Martin, Carolina Gaitan and Ricardo Abarca among others. The group released two albums: ''The party is going to start and I follow the heart'' in collaboration with Sony Music. In 2010, she released her solo single, ''Everyone to dance."

Torres also has her own YouTube channel, Tips de Mamma Mile where she gives tips about parenting. As of February 2018, she has over 10k subscribers on her channel.

Milena Torres from her versatile career as an actress, a singer and an animator has earned thousands of dollars and we can estimate her net worth in 6 digits numbers.

Milena Torres is happily married and has children. Torres married her husband, Jean Claudio in September 2011 after dating for several years. The couple started dating on 16th August 2004.

Torres and Claudio is raising two children, both daughters- Anaclaudia and Ana Cristina together. The family keeps on traveling various places together and they're indeed a happy family.

In September 2011, Milena Torres married her husband, Jean Claudio after dating for years. The couple shared two daughters together.

Anaclaudia is the first child of Milena Torres and Jean Claudio. She has a younger sibling named, Ana cristina.

After the birth of the first child, Milena Torres and Jean Claudio welcomed their second daughter, Ana cristina in August 2014.