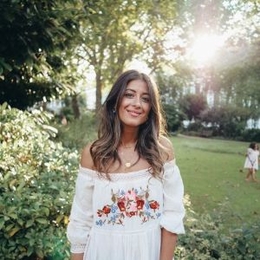 Mimi Ikonn is Azerbaijan born entrepreneur and YouTuber who is known for creating hair and fashion tutorials. On her channel, she also creates travel, lifestyle, and inspirational vlogs. She is the co-founder of the Hair extension company, Luxy Hair and Dreamers & Creators.

Who is Mimi Ikonn's Husband? Does She Have Any Kids?

Mimi Ikonn is relishing a blissful married life with her husband, Alex Ikonn, of many years. Her partner is her business partner and, like herself, is an entrepreneur and YouTuber. 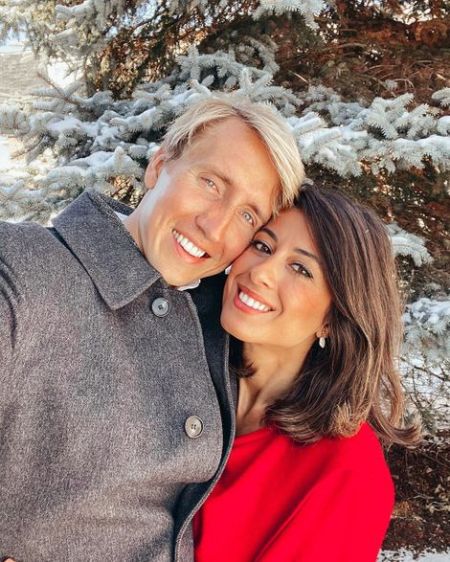 Mimi Ikonn is married to her entrepreneur and YouTuber husband Alex Ikonn for a decade. SOURCE: Mimi Ikonn's Instagram (@mimiikonn)

The pair first met when both were working for CIBC in Canada. Alex made the first move by proposing the female entrepreneur, which she accepted, and it was a matter of time before the lovers both fell deeply in love with each other.

After a year, Mimi and Alex made a bold step to marry, and despite family and friends' warning early marriages' consequences, they became hitched in 2010. Fast forward to this day, the lovely couple says marrying so young was the best decision the two ever made.

From their matrimony, the two welcomed their daughter Alexa Love Ikonn on October 06, 2016. The female YouTuber lives a peaceful and satisfying life with her spouse in London. 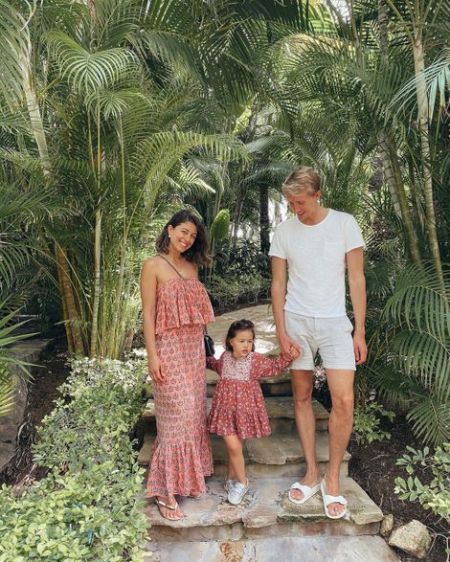 Mrs. Ikon often posts pictures and videos of her daily activities and work on her YouTube and Instagram.

Through her thriving business and YouTube career, Mimi Ikonn boasts a net worth of $2 million. In her career, she ventured in various lines of work, from banking to working as a stylist to creating her own company.

Her first job was as a branch ambassador for one of the leading North American financial institutions CIBC Canada. After working as a fashion stylist for a year, she took a bold step to and along with her partner and sister co-founded the hair extension company, Luxy Hair.

The company went on to become a multi-million-dollar global business with 250,000 plus customers in over 165 countries. Later, in December 2018, Luxy Hair was acquired by the Beauty Industry Group.

Mimi and her husband are also co-founders of creative marketing, branding, filmmaking, and designing agency, Dreamers & Creators, which they founded in July 2013.

Like her supportive hubby Alex, Mimi Ikonn also a book under his belt. She published her book titled "Bingo Theory: A revolutionary guide to love, life, and relationships" in May 2016. The book costs $8.68 (£6.99) on Amazon.

The blogger is also a food lover and with her fan's support and her love for food, she was inspired to write a cookbook. She released her cookbook titled "Mimi Ikonn's Healthy & Delicious cookbook" in 2014.

Much of Mimi Ikonn's current fame is thanks to her popularity on YouTube. The 33-year-old has a self-titled YouTube channel which has 840 thousand subscribers and 90 million views.

Check out one of Mimi Ikonn's tutorial vlogs of her channel!

To check more celebrity Biography and News, make sure to visit Married Wiki!!

Entrepreneur and YouTuber Mimi Ikonn is married to Alex Ikonn. Her husband Alex is also a YouTuber and entrepreneur who has a net worth of $3 million.

Mimi Ikonn and her spouse Alex Ikonn shares a child Alexa Love Ikonn. The couple's daughter was born on October 06, 2016.