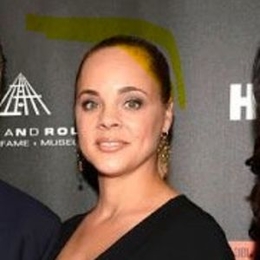 Being the first daughter of a renowed celebrity, Mimi Sommer was at the center of fame and media limelight since her tender age. Unlike many other celebrity kids, she chose not to walk in the path of her celebrity parents and decided to pursue something else. Currently, she works as a jeweler.

Conjugal Life With Her Beloved Husband

Mimi Sommer is happily married to her husband Rick Dohler, for many years. Her husband is a furniture designer and founder of Dohler Designs, which creates furniture and upcycled items. 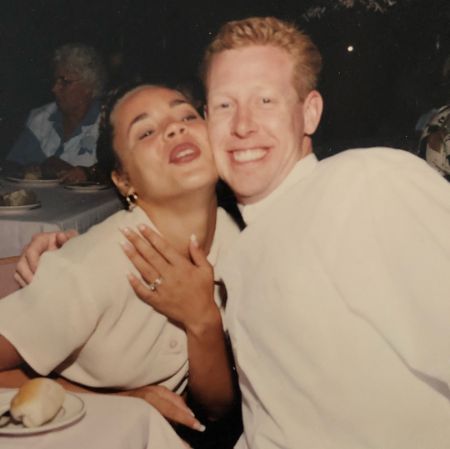 The duo walked down the aisle in front of their family and friends on 24th June 1995. It has been almost two decades since they exchanged the holy wedding vows, and they still have an excellent relationship, which is the goal of every husband and wife. Let's hope they keep sharing the same level of love in the coming days!

From their marriage, Mimi shares four kids with her spouse; two daughters, Vienna Dohler (born on September 18, 1997) and Savanna Dohler, and two sons, Isaiah Dohler and Levi Dohler (born on May 27, 2010). Her eldest daughter is an American singer and songwriter by profession. 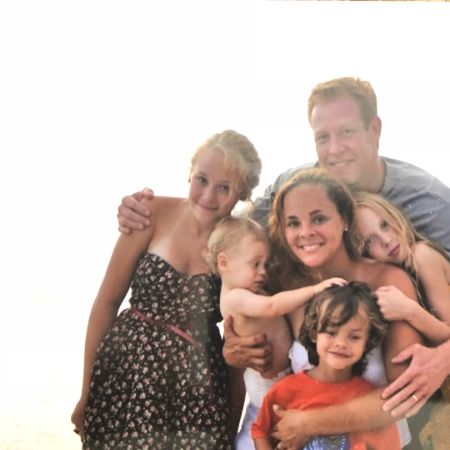 Furthermore, the daughter Vienna of Mimi and Rick is passionate about singing and often shares pictures of her music on her Instagram page. Not to mention, Mimi's not-so-little girl is also taken by her boyfriend Joe Affatigato.

As for Savanna, she has developed entrepreneurship skills already and sells merch such as clothes and hats. Needless to mention, she definitely learned it from her mother who sells handmade accessories. Savanna also skates and doesn't hesitate to showcase her skating skills.

The Dohler family lives a normal life as they relish the company of each other. Mimi frequently posts pictures and videos of her activities on social media.

Mimi Sommer is the daughter of the late singer and songwriter Donna Summer and actor Helmuth Sommer. Her mother was American while her father is Austrian.

Check out the clip of Mimi Sommer singing with her late mother, Donna Summer!

The lady's parents tied the knot in 1973, which only lasted till 1976. After the couple's divorce, her mum married the American singer-songwriter, Bruce Sudano, on July 16, 1980.

Mimi has two half-sisters Brooklyn Sudano and Amanda Sudano, born from her mother's second marriage. Both sisters followed the footsteps of their parents, as Brookly is an actress, singer, and dancer while Amanda is a singer and songwriter.

On May 17, 2012, at the age of 63, her celebrity mom passed away from lung cancer at Naples, Florida. Despite her demise, Sommers still seems to share a good relationship with her celebrity half-siblings and step-dad as they occasionally gather for a lovely family get-together. 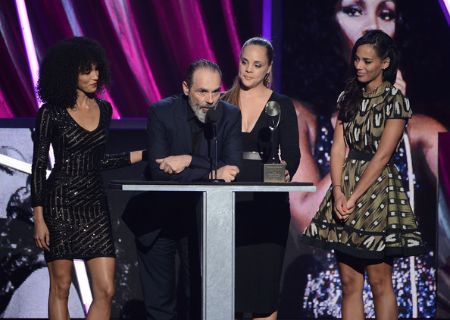 Mimi Sommer with her step-father Bruce Sudano and her half-siblings Amanda Sudano and Brooklyn Sudano in the induction of late Donna Summer. SOURCE: Zimbio

On April 18, 2013, she appeared alongside her half-sisters, Brooklyn Sudano and Amanda Sudanao and step-father Bruce Sudano to receive an award for her mother's Hall of Fame induction in the 28th Annual Rock and Roll Hall of Fame Induction Ceremony at Nokia Theatre L.A.

Mimi Sommer is a jeweler by profession and holds a net worth of $100,000. The 56-year-old makes hand made jewelry ornaments like bracelets, earrings, necklaces, etc. which she sells online at etsy.com. The accessories generally cost somewhere between $19 to $54 depending upon the product and the materials used in it.

Sommer's mother, Donna Summers, was a celebrated figure in the music industry. During her illustrious career, she earned the nickname of Queen of Disco and gave numerous hits, which include, "This Time I know It's for Real," "Last Dance," "Heaven Knows," "Hot Stuff," "Bad Girls," and many more on the list.

During her music career, she sold over 100 million records worldwide and had a whopping net worth of $75 million at the time of her demise.

For more celebrity Biography and News, be sure to follow us at Married Wiki!!

Mimi Sommer is married to Rick Dohler since 1995. Her husband Rick is a furniture designer and founder of Dohler Designs.

Vienna Dohler is the first daughter of Mimi Sommer and Rick Dohler. She is a singer.

Savanna Dohler is the second daughter of celebrity child Mimi Sommer and her husband Rick Dohler.

Isaiah Dohler is the third child of celebrity kid Mimi Sommer and her husband Rick Dohler.

Mimi Sommer and Rick Dohler's youngest child is Levi Dohler who was born on May 27, 2010.