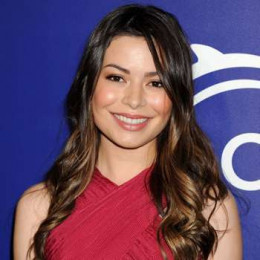 Miranda Taylor Cosgrove is an American actress and singer. She started her career when she was three years old. She used to appear on television commercials. She made her film debut in the year 2003, where she portrayed Summer Hathaway in School of Rock. he was listed in the 2012 edition of Guinness World Records as the highest-paid child actress.

Miranda Cosgrove is possibly single as of now but previously she dated few men from Hollywood. She linked up with stars like her iCarly co-star James Maslow, Nat Wolff, David Archuleta.

Miranda Cosgrove was born as Miranda Taylor Cosgrove on May 14, 1993, in Los Angeles, California, U.S. She is the daughter of Tom Cosgrove and Chris Cosgrove. She graduated from the University of Southern California.