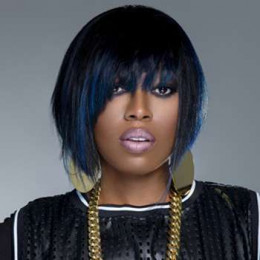 Missy Elliot is a singer, songwriter, rapper and record producer of American nationality, known best for being the part of the R&B female group named Sista. She is also recognized for her singles like One Minute Man, 4 My People, Get Your Freak On. Her albums have sold over thirty million around the world. She was born in Virginia.

Melissa Arnette Elliot born on 1 July 1997 in Portsmouth, Virginia to mother Patricia, a power-company dispatcher, and father Ronnie, a former U.S. Marine is well known as Missy Elliot. She is the only child of her parents.

Missy grew up in an active church choir family and singing was a daily part of her life. Since childhood, she wanted to be a performer. She went to a local school in Jacksonville where Missy made many friends.

After her father returned from the Marines, they moved to Virginia. Both Missy and her mother were abused by her father so they decided to leave home and stayed at a family member's home. She was also molested by a cousin when she was eight. Missy's strength was her mother.

Missy formed an all-female R&B group, Fayze which later was renamed to Sista with friends LaShawn Shellman, Chonita Coleman, and Radiah Scott. The group recruited Timothy Mosley a.k.a Timbaland as their producer who was Missy's neighbor. The group caught the attention of DeVante Swing, a member of Jodeci and moved to NY and signed a deal with Elektra Records. They renamed the group and called it Sista and debuted the song Brand New in 1993. 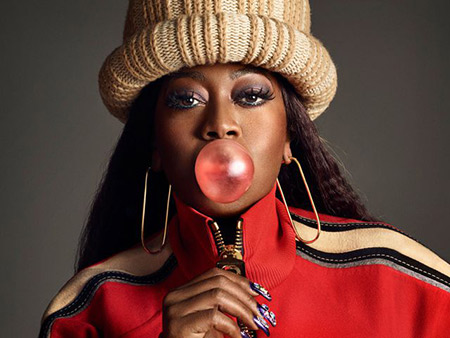 The group's first album was produced by Timbaland and DeVante titled $ All the Sistas Around da World in 1994. The video of Brand New was released but the album was never released. However one of the songs from the album titled It's Alright featuring Craig Mack was the soundtrack of motion picture Dangerous Minds.

Timbaland and Missy worked jointly worked as a songwriter/producer. Their most notable work was for Aaliyah. They together wrote and produced nine tracks for Aaliyah.

Missy as a solo artist has released six albums some of them are Supa Dupa Fly, Da real world, Miss E... So Addictive, The CookBook and so on. Besides being involved in music she has also appeared in some TV series like All That, family Matters, Eve, Party Monsters Cabo and in movies like Just for Kicks, Fade to Black, Honey, and many others.

The multi-talented Missy Elliot has produced and wrote songs for many big names. The five-time Grammy Award winner has an estimated net worth of $50 million. She has collected an impressive sum of the amount from her albums and some of them are enlisted below;

certified platinum by RIAA, and gold by ARIA, BPI and Music Canada

In 2011 Missy told that she took a break from her career as she was diagnosed with hyperthyroidism. It was found only after she nearly crashed her from having severe leg spasms. She went through treatment and now her condition is stabilized.

Check out the interview of Missy Elliot by Pharrell Williams;

Sharaya J is a rapper and singer who is the wife of Missy. They dated for five years before tying the knot and are together currently.