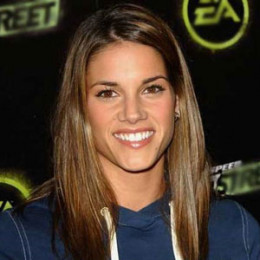 Missy Rothstein is an American actress, model plus photographer. She is best known for Bam's Unholy Union. She is also recognized as the ex-wife of The Jackass star Bam Margera.

Missy Rothstein was born on June 3, 1980, as Melissa Rothstein. She hails from Springfield, Pennsylvania, US.

Missy is a model as well as a photographer. Besides modeling, she made her appearance in several TV series and movies.

She made her first film debut in 2003 in Haggard. She then went on to play in Viva La Bam with the cameo role in 2005.

The model was then cast in Bam’s Unholy Union in 2007 followed by Bam Margera Presents: Where the #$&% Is Santa in 2008. In Tv series Bam's Unholy Union she starred alongside her ex-husband.

In 2009 Rothstein made her appearance in the music video CKY-A#1 Roller Rager. She was also offered to pose nude photo by American Lifestyle and entertainment magazine Playboy which she obliged.

Missy was once a married woman. She is the former wife of Bam Margera, the Jackass star. The duo first met when they were in high school and started going out. They tied the knot on February 3, 2007, in downtown Philadelphia. They stayed together as a husband and wife for five long years.

In 2009, Rothstein filed for divorce from Bam and it led them to marriage counseling. The couple got distant with each other due to Bam’s drinking habit. The couple finally split up in 2012.

As an actress, model and photographer Missy makes a good sum of money. Her current estimated net worth is $1 million.