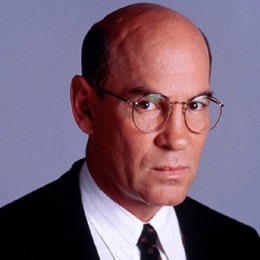 An American actor who played the role as FBI's Assistant Director Walter Skinner in the popular television series, The X Files. He is son to Vito Pileggi, a defense contractor and Maxine Anna Minor, a homemaker. During his high school, he was an avid fan of wrestling and football. He holds degree in business from University of Texas at Austin. He started his career in acting when he was still high school student in Turkey where he used to act in musical theater. He appeared in big screen in 1980's by starring in movie named Three O'Clock High as Duke. He has also made guest appearance in popular series like CSI: Crime Scene Investigation, Day Break, Law and Order: Special Victims Unit etc. He has recurring role as Ernest Darby in TV series Sons of Anarchy.

Talking about his marital status, he is a married man. He was introduced to his future wife by their mutual friend David Duchovny who also been the best man at their wedding performed in Hawaii. Together the couple is the proud parents of a daughter. Prior of marrying her, he was married to his former girlfriend with whom he got divorced later. Reason behind their divorce is still unknown. He has no children from his first marriage.

She was his first wife. After six years of their marriage relationship due to some conflict between the couple they got separated.

She was introduced to him by his friend. Their marriage was performed in Hawaii. Together the couple are parents of one daughter. They are leading very happy married life.

She is the only child of the couple. She is very beautiful. Her picture along with family can be found in different sites.