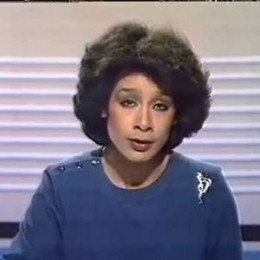 Moira Stuart OBE is a well-known personality of Television Industry. She is the first African Caribbean female to appear on the British television as the BBC British presenter. As of now, she is the news reader of Chris Evans Breakfast Show airing on BBC Net work.

Moira Stuart was born on 2 September 1949 in London, the UK as Moira Clare Ruby Stuart. Her mother gave birth to her in Royal Free Hospital. She is the daughter of Marjorie Gordon a Dominican and Harold Stuart a Barbadian lawyer.

Her parents separated when she was only 10 months old. Her uncle singer Ken Gordon was a member of the vocal trio Three Just Men along with George Browne. She is the cousin of Ghana-born publisher Margaret Busby.

Stuart used to go to the school in London before attending Our Lady’s Convent RC High School, Stamford Hill. She completed her higher education in London. She also acquired three honorary doctorate degree from the University of Edinburgh in 2006, De Montfort University in 2012 and Canterbury Christ Church University in 2013 respectively.

Maria began her career in 1970 working for the BBC as a production assistant in documentaries department. She also worked as a continuity announcer for BBC Radio 4 and BBC Radio 2. In 1980 she featured as Darong in series one of the game show The Adventure Game.

Later in 1981, she transferred to TV news career presenting on news bulletin devised on BBC Television and the Ten O’Clock News. Likewise, she became the first female African- Caribbean newsreader to present the BBC News Bulletin.

Her other incredible work includes Have I Got News For You!, The Holiday Program, Who Do You Think You Are? and many others. Currently, she is a newsreader of BBC Radio 2 on The Chris Evans Breakfast Show.

Moira has achieved a lot throughout her career. As a fruitful result of her skills and hard work, she received the awards like Best Newscaster of the year in 1988, Best Television Personality in 1994, Best Media Personality in 1997.

For her outstanding services to broadcasting she was appointed as an OBE: Officers of the Order of the British Empire, in Queen’s Birthday Honours in 2001.  She was chosen as media personalities of 2002 at EMMA Awards, 100 great black Britons in 2003, and 2008 Oldie Autocutie of the Year.

Stuart is possibly a single woman. There was a rumor about she being linked with her alleged boyfriend, TV, and radio presenter Desmond Lynam. However, both did not address the story which leaves the fans still curious about her relationship status.

Moira is one o the well-paid journalists in the field of journalism. According to the rumor, she charges 1700 pounds per show on the Chris Evan’s Radio 2. She possibly holds a staggering net worth not less than seven figures working more than two decades in television and radio.