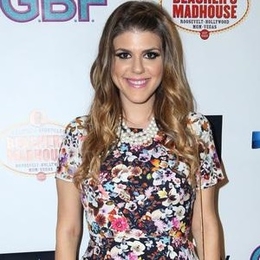 An American actress Molly Tarlov made her television debut through iCarly in 2009. However, she came to the spotlight after portraying the role of Sadie Saxton in the series Awkward. Tarlov was the regular main cast of the series from 2011–2016.

Engaged To Her Long-Term Boyfriend

The beautiful actress Molly Tarlov is in a marital relaitonship with her boyfriend turned husband, Alexander Noyes. Her spouse is an American drummer who currently works with the music group Honor Society since 2006.

Haunting on Fraternity Row cast and her lover, Alexander got engaged on 23rd July 2015 after dating for quite long. Alexander got down to one knee and asked the actress to be his wife, about a month before the fifth season of Awkward premiered on MTV. 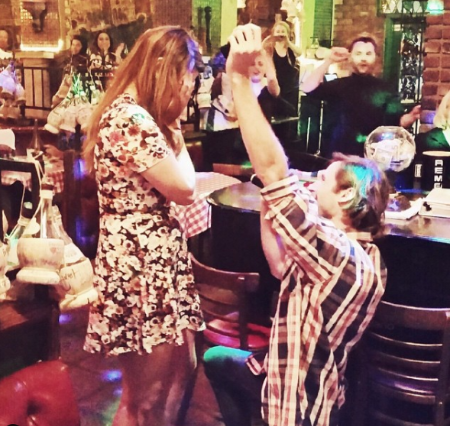 The news of their engagement came to the public after Alexander shared a picture on Instagram, where we can see him staying down on one knee. Whereas Molly is seen covering her face with her hands. He wrote a lovely caption as "I found my other half.. And she said YES!!"

Tarlov and her fiance Alexander wanted their wedding to be the reflection of their unique couples’ vibe. The duo planned to tie the knot in 2017.

In an interview, Molly said that the wedding plans weren't the easy one. She said that they stumbled upon deciding to do that reflect them like The Cactus and The Rose logo, the neon sign which was the most fun. She enjoyed while putting pink roses anywhere possible! 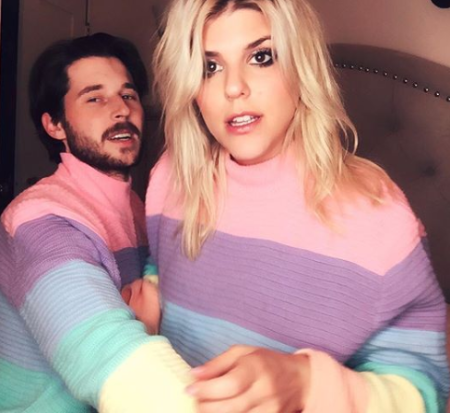 According to her, the most challenging work for her was the two weeks leading up to the wedding. Tarlov added, they had a lot of mishaps, and more than that, she couldn’t believe they put themselves through all the stress when they could’ve gone to the courthouse and gotten a pizza! However, the star claims it to be worthy.

Gravity actress celebrated her bachelorette party before three months of their wedding in January 2017 at Deloach, Reed, and Swatek in Ojai, California. Molly shared a beautiful picture on her Instagram with a caption;

"Talk about a Bride Tribe!!! What a group of hot, powerful, loving women I get to be surrounded with. And yes, I can hike in a pink veil if I want to." 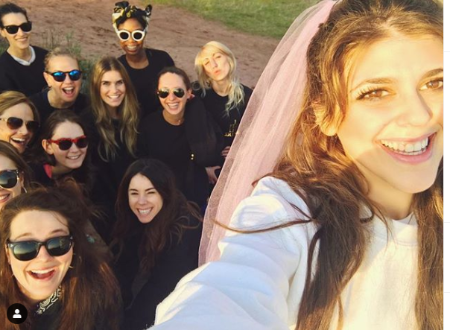 As per their plan, Molly and her fiancee tied the nuptial knot on Saturday, 4th March 2017, in front of their families and friends. Even her Awkward co-stars Jillian Rose Reed, Brett Davern, and Greer Grammer, were present at the ceremony. 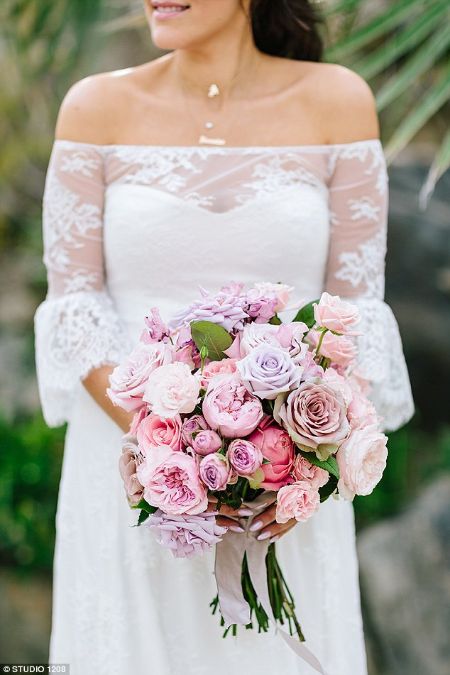 Their wedlock took place in a SoCal ceremony in Palm Springs, California. Tarlov and Alexander's pink-themed wedding was a lavish one. While interviewing, the actress said;

"My husband was beaming when I came down the aisle. When I looked at him, it was just like my teammate was once again standing there waiting for me at the end of the road." 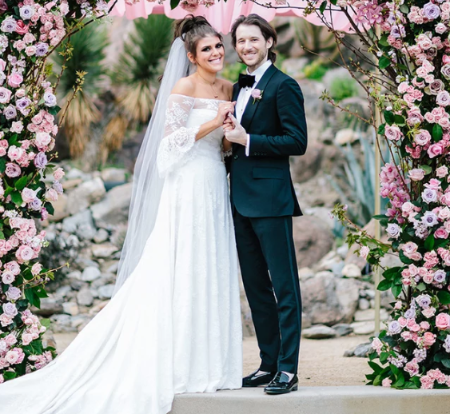 Everlasting star and Alexander's wedding was the same as their plan. They covered the outdoor ceremony space, at Palm Springs's Colony 29 with pink roses. Furthermore, they fitted a unique cactus-and-rose theme. There was also an adorbs little symbol that was kept to represent the duo as the cutesy couple.

The bride walked down the aisle, wearing a custom off-the-shoulder wedding gown. It featured lace bell ruffled sleeves and an Amaroq Design veil. Similarly, the groom looked stunning in his fitted suit with a bow tie. 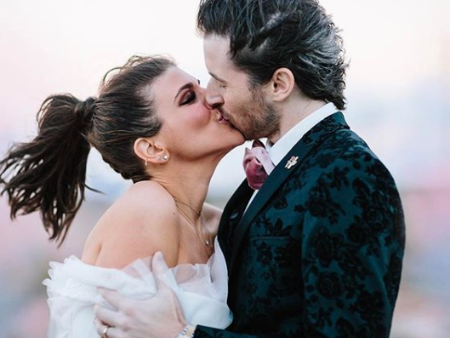 Molly Tarlov and Alexander Noyes kissing each other on their wedding SOURCE: Daily Mail

Tarlov revealed that she tried over 1,000' design before making her final choice. However, on the photoshoot, back at the end of 2016, she had worn poufy Monique Lhuillier wedding dress.

On a special day, Molly gave matching Love Ophelia robes to wear to her bridesmaids, but their dresses were different. G.B.F. cast said she advised the girls to pick the dresses of their choice but asked to show it to her first.

Corina Rabichuk did the bride's makeup, which included Molly's favorite lip shade, Buxom Lavendar Cosmo. Rabichuk is also the make-up artist on the set of Awkward. She had a smokey makeup and a nude lip. Further, they put their hair up in a high ponytail, which showed off her Amaroq Design veil. 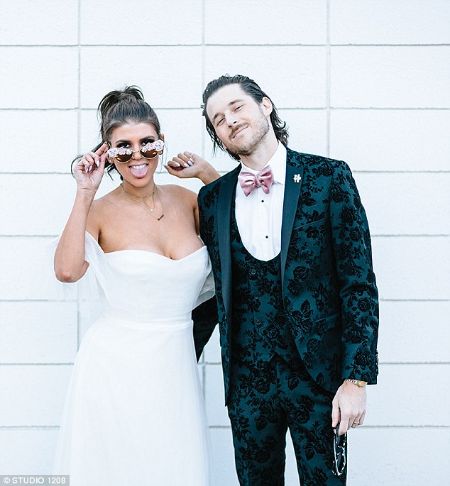 Molly's father officiated their wedding. The blushing bride carried a bouquet of pink roses while walking down the aisle that was matching to the floral canopy of their wedding hall. They also exchanged the yellow-gold rings.

While interviewing, Tarlov said that something old she had was the earrings that her father gave to her mother. The actress added, she also had something new that was the heart-shaped diamond necklace that her spouse gifted her during the first look. 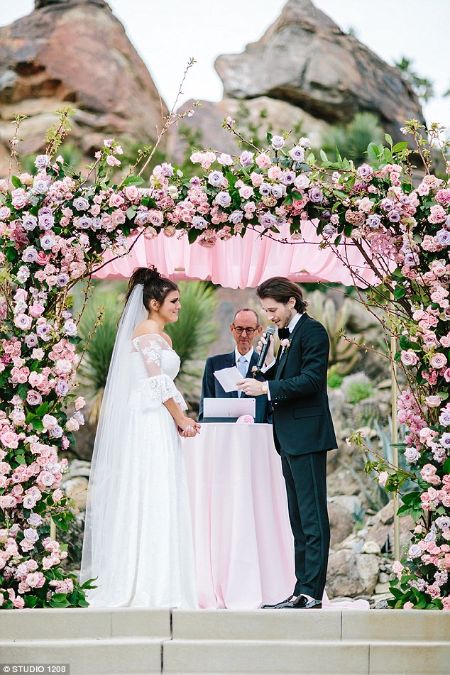 Tarlov was surprised to get the special gift. She said, "I definitely wasn't expecting it so soon, and I can't wait to wear it forever. On a yellow gold chain, of course!."

After the end of the main event, the newlywed husband and wife changed for the reception. Tarlov looked stunning in a white dress whereas her husband Alexander appeared in a flashy brocade three-piece suit. Besides, they also wore a matching bespoke jacket by The Mighty Company. The long jackets even featured logos that matched the theme of their wedding, i.e., 'the cactus and the rose.' 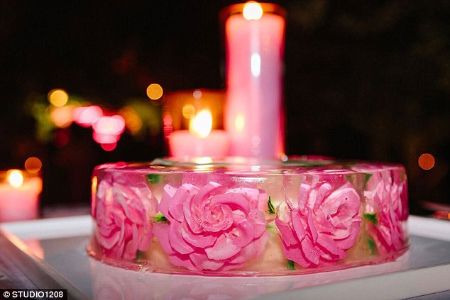 The space of their reception was decorated with pink-hued lounges and in the tablescapes featured single-stem roses. Likewise, they had a unique cake designed by Art de Gelatin. It was pear Jell-o cake rather than a traditional one. 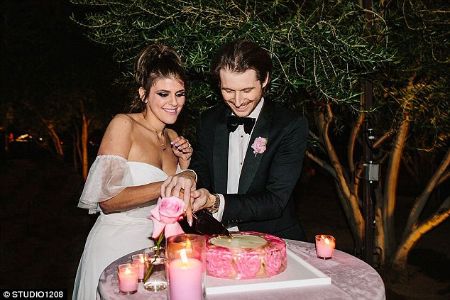 In addition, for the cocktail party, there was a variety of beverages available, including a mix of vodka, cranberry, lemon, and rose petals. There was a neon sign reading 'Forever Trill' surrounded by beautiful pink flowers. 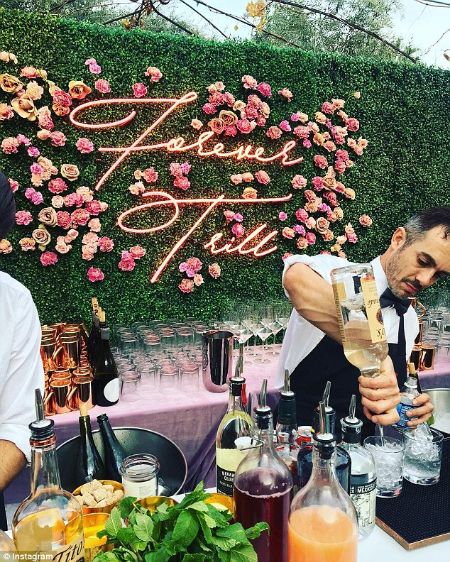 Finally, at the end of the party, the newlywed couple headed towards the black-and-white-checkered dance floor and danced for the first time on the Zombies' "This Will Be Our Year."

As of now, the husband and wife are living a blissful married life. As the duo is married for over two years, they do not have children yet. Moreover, they haven't revealed the plans of having kids too. Maybe they are busy on their careers.

Molly Tarlov Has An Impressive Income

The renowned actress Molly Tarlov has a net worth of $200 thousand as of 2019. In the United States, an actor makes an average annual income of around $56423. Thus, being such a prominent actress, Tarlov also probably receives the payroll in the same range.

Tarlov portrayed in the 1999 film Simply Irresistible, which made a total gross of $4.39 million against its production budget of $6 million. Furthermore, she also appeared in other hit movies like G.B.F., Everlasting, Haunting on Fraternity Row, and others.

She came rose to fame after appearing in the series Awkward. Molly played the role of Sadie Saxton from 2011–2016. She appeared alongside some wealthy actors, including Ashley Rickards, Beau Mirchoff, Jillian Rose Reed, and others whose net worth is $2.5 million, $2 million, and $2 million, respectively.

Stay in touch with Marriedwiki for more Biographies and News.

An American actress Molly Tarlov tied the knot with her boyfriend Alexander Noyes on 4th March 2017.