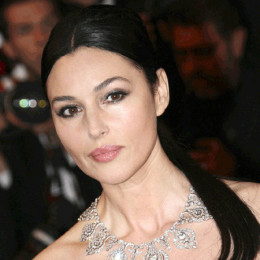 Monica Bellucci is an Italian actress who transited from modelling to acting. She is well known of her role as Persephone in The Matrix Reloaded and The Matrix Revolution. She is going to make a mark by being the oldest Bond girl through her upcoming Bond film, Spectre. Born to Brunella Briganti and Pasquale Bellucci as their only child, she aspired modelling from the early age. Just at the age of 13, she started her modelling career and later jumped to film sector.

Monica has divorced twice. She has two children from her ex-husband. She still seems to be in search of her soul mate and is dating these days too. She is attractive looking woman who could subject for fantasy for lots of males without doubt.

Due to this very reason, she is also considered as an Italian sex symbol. As per the reports, she is proficient in speaking four languages. Despite of lots of facts about her life being undisclosed, there are not much rumors about her that would turn down her image.

She married her first husband Ilatian photographer Claudio Carlos Basso in 1990. The couple divorced in 1994.

She met her future husband French actor Vincent Cassel on the set of 1996 movie The Apartment. The couple tied the knot in 1999.

Claudio Basso was the first husband of Monica. Their marriage lasted for four years and they ended up getting divorced eventually.

Monica and Vincent Cassel started dating in 1996. They met during the production of The Apartment. They ended up getting married in 1999 however, their relationship could not last forever. They divorced in 2013. They have two children together.

Deva is the first daughter to Monica and Vincent. She has grown as a happy child and she is loved by both of them despite her parents do not live together.

Léonie is the second daughter to Monica and Bellucci. She is sweet and charming and she is adored by everyone. She is getting love from her parents despite they are divorced.