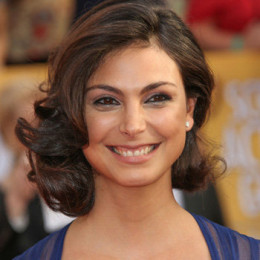 Morena Silva de Vaz Setta Baccarin is a talented actress, noted for portraying as Jessica Brody in the Showtime series Homeland, for which she received a 2013 Emmy nomination, as Inara Serra in the series Firefly and the follow-up film Serenity and as Dr. Leslie Thompkins in Gotham. In 2014, she was ranked #57 on Maxim's "Hot 100" list. She is the daughter of actress Vera Setta and Fernando Baccarin, a journalist.

She once was a married woman until she decided to split with her husband. Her ex-husband is a popular American film producer and director with whom she got married in 2011. The two have raised a son from their relationship. Currently, she is engaged to her Gotham co-star, with whom she is expecting her baby in April 2016. The two got engaged in September 2015.

He is the first husband of Morena, with whom she got married in 2011 and divorced in 2015. The two have a son from their marriage.

He is the first child of Morena, who was born safe and healthy in the year 2013.