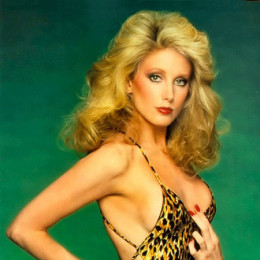 She is an American actress best known for her continuing roles on several television series in late 1970s and early 1980s. In 1982, she was included in the list of "One of the 10 Most Beautiful Women in the World" by Harpers Bazaar. In 2008, she was inducted into the Texas Film Hall of Fame. She is the daughter of Martha Jane, English teacher at Richardson High School and Edward Milton McClenny. In 1967, she graduated from Lake Highlands High School in Dallas, Texas.

Morgan Fairchild is possibly single at the moment. Previously, she was married to Jack Calmes in 1967 and divorced in 1973. She also dated several men from Hollywood including Telly Savalas, Mark Harmon, Parker Stevenson.

Morgan Fairchild holds an estimated net worth of $20 million. The main source of earning is from her career as an actress.

Morgan Fairchild was born on February 3, 1950, in Denton, Texas, US. to Martha Jane (née Hartt) and Edward Milton McClenny.

He was an American inventor, executive and musician who died on January 5, 2015. The couple don't have any kids from their relationship.