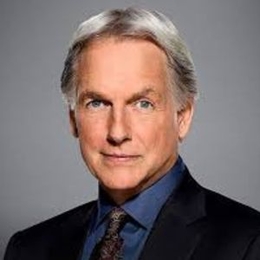 Mark Harmon is an Emmy-winning American TV and film actor. He is widely acclaimed for starring in hit TV  series like NCIS, JAG, Secret Service, and St. Elsewhere. Other than that, people also recognize him as the father to TY Christian Harmon and husband of actress Pam Dawber.

Mark Harmon is happily married to actress Pam Dawber for more than 31 years now. In addition to that, the West Wing star signifies it with a unique ring in the shape of an eagle head which reminds him of his beautiful wife Pamela.

Harmon walked down the aisle with Dawber on March 21, 1987, in presence of friends and family. The couple was indeed introduced by a mutual friend. Hence, after dating for several months, Mark decided to take the relationship to next level. 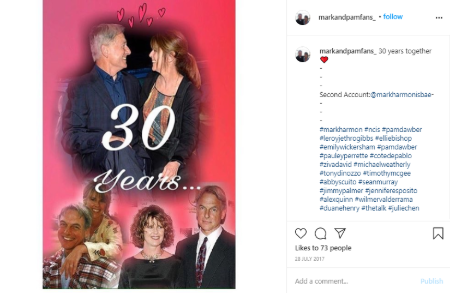 Speaking of balancing their professional life over personal life, Mark's career continued to take off with some iconic turns in Chicago Hope, or West Wing, but Pamela decided to leave Hollywood to stay home and take care of their kids.

Harmon and Pam Dawber are proud parents to two sons Sean Thomas Harmon (April 25, 1988) and Ty Christian Harmon (born June 25, 1992). Mark is not available on Facebook or Twitter nor his sons are on that. The Harmon family prefers to stay far from Paparazzi.

From the beginning till today, the Harmons manages to keep their personal life low-key. However, Mark and Pam announced via Instagram they renewed their wedding vows in an intimate backyard ceremony on the occasion of their 30th anniversary.

Mark Harmon has an estimated net worth of $100 million. This highest paid actor receives a salary of $525,000 per episode for NCIS that works out to $12.6 million in a 24 episode season.

In comparison to his producer credits and syndication royalties, Mark subsequently earns over $20 million each year. For this very reason, Forbes put Harmon under the list of 98th wealthy American actor in 2012.

Harmon appeared in numerous television films such as Prince of Bel-Air, The Deliberate Stranger, After the Promise, The Presidio, Stealing Home, Reasonable Doubts, Charlie Grace, Chicago Hope, The West Wing, and many others.

Be sure to check out Marriedwiki.com for more celebrity content.

Sean Thomas Harmon was born on April 15, 1988, in the United States. He is the first child of Pam Dawber and Mark Harmon.

Ty Christian Harmon is the second child of Pam Dawber and Mark Harmon. He has a brother Sean Thomas Harmon.