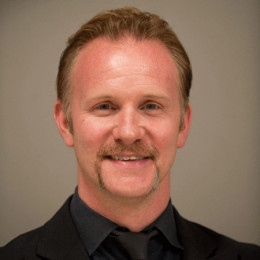 Morgan Valentine Spurlock is a documentary filmmaker, humorist and political activist, best known for his popular 2004 documentary Super Size Me; which reveals health risks of eating too much , McDonald's food and Where In The World Is Osama Bin Laden. He was born to parents Phyllis and Ben Spurlock and has Scots-Irish and English descent. In 1993, he graduated with a film degree from New York University.

Moving on to his personal life, till now he has been married twice and both the time he filed for divorce with his wife. Details about his first marriage has not been disclosed to the media yet. He enjoyed his second marriage for almost five years and with his second wife he has raised a son. It was rumored that due to having long time arguments and physical violence the couple got separated. These days he is married to Sara Bernstein. The couple has a child together.

She was the first wife of Spurlock, whose personal details has not been disclosed to the media yet.

She is the second wife of Spurlock, who by is a professional Vegan Chef. They were together for almost five years.

He is the first and the only son of Spurlock, who was born healthy.