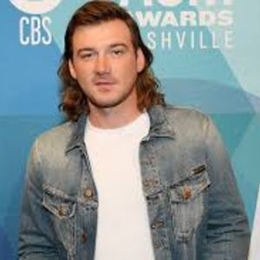 Morgan Wallen is an American country singer and songwriter hailing from Sneedville, Tennessee. He rose to the spotlight after appearing on NBC's talent show The Voice Season 6 in 2015. The 27-year-old earned name and fame for singles like The Way I Talk, Whiskey Glasses, and Up Down.

Who Is Morgan Wallen Dating?

Morgan Wallen is an unmarried man. He is currently enjoying singlehood; at the same time, he is spending quality time with a newborn baby. The brown-haired was previously in a relationship with Katie Smith. They started dating in 2017. Wallen and ex-fiance Katie were engaged for three years before parting their ways in 2019. 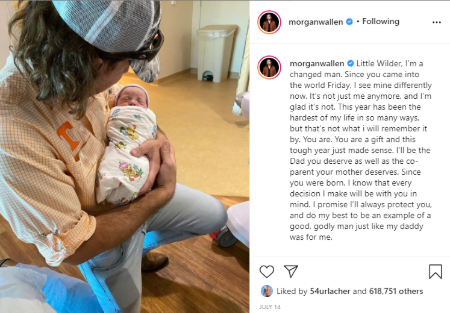 Wallen and his former partner, Katie Smith, welcomed their first child, a son, Indigo Wallen, on July 10, 2020. The baby arrived at 5:43 p.m., weighed 6 lbs, 130z at birth. Four days later, the singer shared the happy news through an Instagram post.

As of August 2021, Wallen is still single and focusing on his baby boy as a single father. However, Wallen and his former partner co-parent their only child together. Likewise, in July 2021, Wallen shared a lovely birthday tribute for his beloved son on Instagram.

Wallen shared a sweet picture with his son in his arms and captioned the post by writing, "1 year of being a legend. Happy birthday, son." Needless to mention, fatherhood looks great on Wallen.

Morgan Wallen had a keen interest in playing piano, guitar, and music since childhood. However, his voice was discovered after singing at a local church. So, after obtaining his high school graduation, he pursued a career in music.

Wallen grabbed the attention of the public in 2014 while auditioning for "The Voice" Season 6. He performed Collide by Howie Day and selected by team Usher but was eliminated in the playoffs. 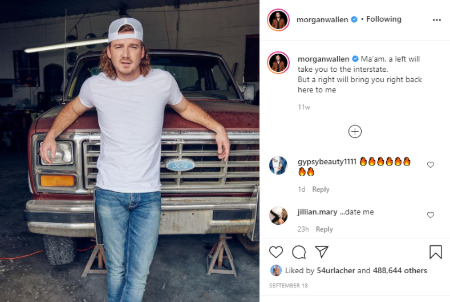 The Tennessee native signed a contract with Joey Moi's Big Loud Records in 2016. His debut song,
"The Way I Talk" was released in mid-2016 and was critically acclaimed by the audience.

By 2018, he released a studio album "If I Know Me" by Big Loud, led by the single "Up Down" featuring Florida Georgia Line. His other songs include "Chasin' You" and "Whiskey Glasses," supported by the song "If I Know Me" in March 2019. 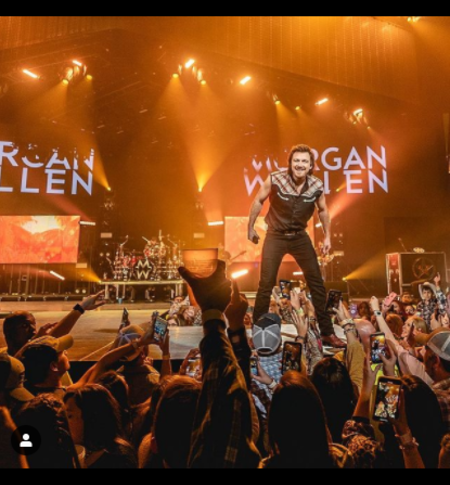 In the same vein, Wallen wrote songs such as You Make It Easy, Preaching to the Chair by A Thousand Horses, Current Mood by Dustin Lynch, and Garland Kind of Red by Red Garland.

Morgan Wallen was born on 13 May 1993 in Tennessee, the United States under the birth sign Taurus. He has two sisters Mikaela Wallen and Ashlyne Wallen. Morgan was raised by a homemaking mother and a Baptist pastor father in the suburbs of the United States. The 6 feet tall musician, enrolled at Gibbs High School in Corryton, Tennessee where he was offered a scholarship to play baseball.

Indigo Wilder Wallen was born on July 10, 2020. He is the son of singer Morgan Wallen and partner Katie Smith.