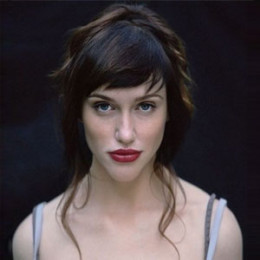 Morgana McNelis is a skilled jewelry designer, actress, costume department, and producer. She has done a number of modeling work and opened her own company named ' Maison de Morgana'.

Morgana McNelis was born on 7 September 1983 in Georgia. Her birth sign is Virgo.She enrolled in classes that would teach her to become a goldsmith and how to create leather accessories which led her to study art, fashion, and business.

Morgana McNelis created a 'BC Armor collection 'for the 'Boot Campaign' in honor to her grandfather who served in the U.S. Air Force during WWII, later as border control in Arizona. She is the owner of a company named 'Maison De Morgana'.

"Quality is paramount for me. It’s not enough for my jewelry to be beautiful and unique, I want it to hold its value. In 20 years, I want women to still be wearing the jewelry they buy today."

She has 4.3k followers on Twitter where she mentioned,

"Eclectic jewelry designed and inspired for daydreamers and make believers"

McNelis, 35, has a huge net worth and earning but her current fortune is not revealed. Her boyfriend Charlie Hunnam has a net worth of $16 million as of January 2019.

Morgana dated Charlie Hunnam, an actor well known for his roles as Jackson "Jax" Teller in the FX drama series Sons of Anarchy. The couple dated since 2007.

McNelis and her boyfriend are still going strong 13 years into their romance.

Hunnam was previously married to Katharine Towne, an actress. The two met when he auditioned for Dawson's Creek.