Home Article Love can change anyone even the casanova like Charlie Hunnam is in the long term relation with his pretty Girlfriend Morgana McNelis: Couple might get married soon

Love can change anyone even the casanova like Charlie Hunnam is in the long term relation with his pretty Girlfriend Morgana McNelis: Couple might get married soon 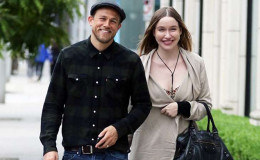 Charlie Hunnam, the astonishing British actor is now in a long-term relation with the jewelry designer Morgana McNelis. It is a big surprise as this the first stable relation that has ever happened to him. He has blossoming career along with that blossoming love life.

An English actor, Charlie Matthew Hunnam, who is known for his role as Jackson "Jax" Teller in the FX drama series 'Sons of Anarchy', is believed to be in a long-term relationship with a stunning lady.

It's a surprise to know as he doesn't much possess stable love relations in his past life and had a relationship with numerous girls.

Charlie, who mostly plays anti-heroes and tough guys in the movies had five of the official relations along with one failed marriage.

There's quite a long list. Let's get to know in detail.

Charlie was previously married to Katharine

A British guy, Charlie is a profound guy and a son of William Hunnam, a gangster and a scrap metal merchant and Jane Hunnam, a business owner.

His maternal grandmother is the premier portrait artist in Newcastle. 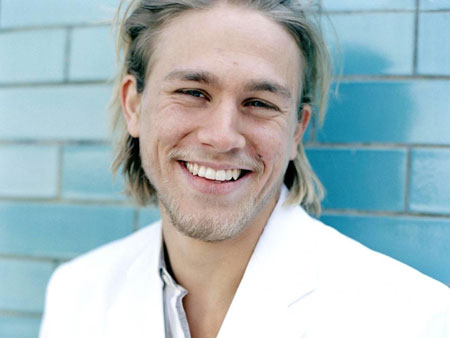 He started modeling at the age of 17, which he felt not his category and left.

Then at the age of 18, he performed his roleplay in Channel drama 'Queer as Folk'. 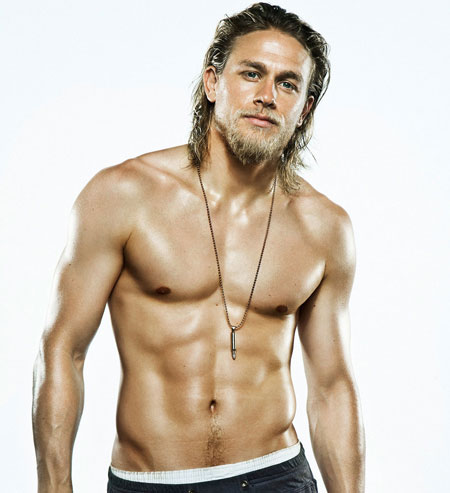 He was married to Katharine Towne, an amazing actress. Yes, guys. It's true! Their marriage lasted for three years and they got separated.

They met at the audition of 'Dawson's Creek' and after 1 month of dating, they got married. 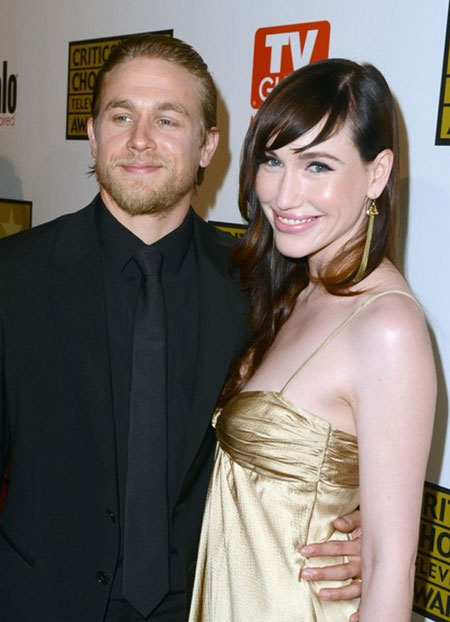 Charlie with his ex-wife Katharine Towne

Later, in 2010, Charlie stated that they were good friends but they were just horrible partners. And they still have remained as friends afterward.

Truly sad for the fans of Charlie and Katharine who were immensely rooting for them, but unfortunately they have now drifted apart and now are in their separate lives.

His flings and love affairs

Well, guys, we have to say he has always been quite a casanova and has the long lists of girlfriends. His first famous relation was with Rashida Jones.

LA girl, Rashida, have to say, was very talented as she was an American actress, comic book author, singer, screenwriter and a producer.

They surely had a connection but could not last long. 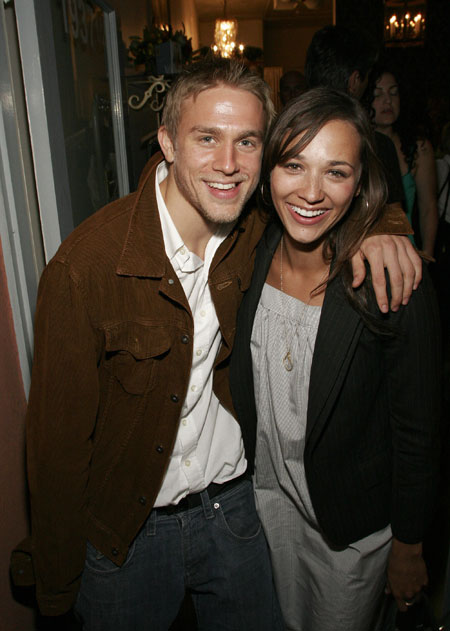 Charlie and Rashida with all smile

Source: Who's Date Who

Similarly, an affair between Hunnam and Kerry Geary was not confirmed but there has been a rumor for them to be a couple in 2005 and 2006.

'Sons of Anarchy' star Charlie dated Georgina Townsley from 2005 to 2007. They sure had a long relation but unfortunately, they also couldn't last long as well. 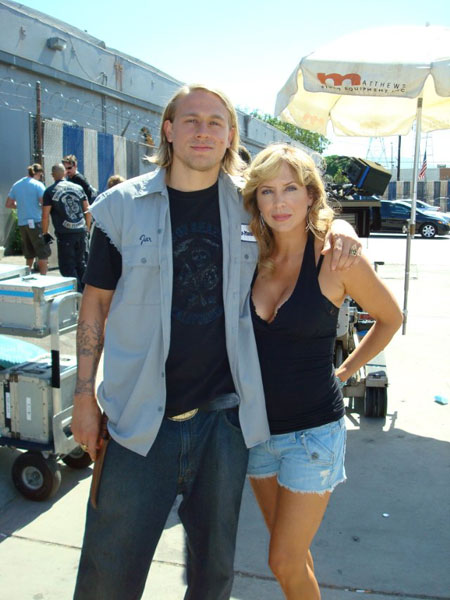 Charlie and Georgina spotted together

The 36-year-old Charlie is believed to have a one-year and ten months relation with Stella Parker from April 2002 to February 2004.

Their relation as well turned out to be a failure. She is also an actress from 'Intimate Session' and 'Sweetzer'. 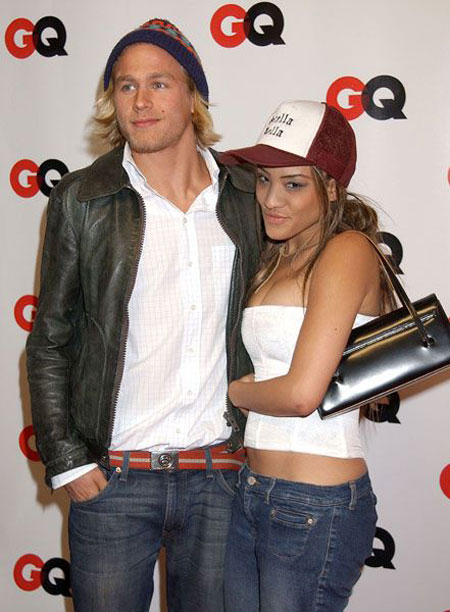 Charlie and Stella attending a program

Likewise, he was also rumored to have a 1-month fling with a British model, Sophie Dahl who is known for Roald Dahl's big, busty granddaughter.

It is Charlie's ever short relation with a girl which stayed only for a one month and one day stated by the sources. They met in London shortly before filming for 'Nicholas Nickleby'.

He felt upset about their split-up because he truly liked her but couldn't handle the relation on the base of their busy schedules. Pretty heartbreaking! 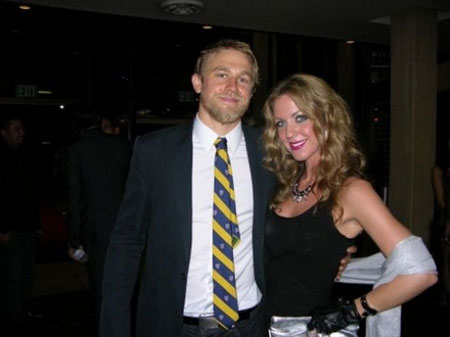 The people have even suspected him being in a relation with Liv Tyler in 2010 who was his co-host from a movie 'The Ledge' which is not stated by the media.

Thus it can only be counted as a fake rumor. Even so, their on-screen chemistry is to be appreciated of. 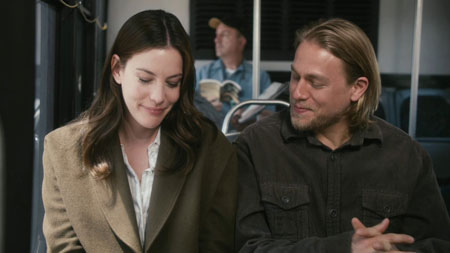 Liv and Charlie, from The Ledge clips

Charlie is in a long-term relation to a surprise

Writer and producer, Charlie has happened to finally fold into a long relationship with this amazing lady, Morgana McNelis, jewelry designer.

They have been together from 2007 till present.

She is a renowned jewelry designer and has blossomed her business from Los Angeles. McNelis handcrafts rings, bracelets, earrings and necklaces from brass and white bronze.

She even has a site Maison de Morgana with her sister where one can shop jewelry. 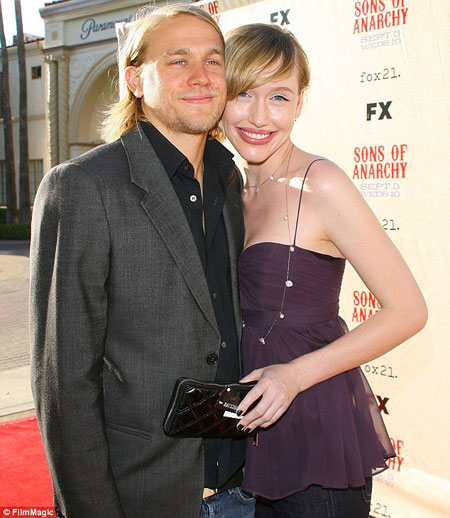 Charlie and Morgana, all happy together

Once there had been numerous disliking towards his new girlfriend, which Charlie instantly reacted with strong words saying:

"It has been brought to my attention that there is a group of immature girls posting a large number of harsh messages aimed at my long time girlfriend. I would respectfully ask you to stop doing this. She is an intelligent, beautiful, kind person who just tries to live a simple life and has nothing to do with the entertainment industry. If you want to talk sh*t, talk sh*t about me, leave her out of it."

After that, the people started believing the couple and fans stopped to attack his girlfriend. 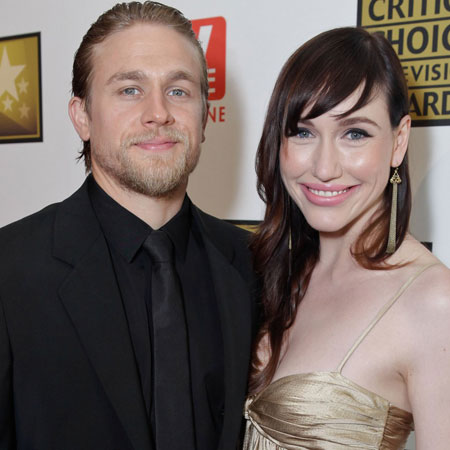 Charlie and Morgana in the program

Charlie and Morgana own donkeys and 30 chickens. They stated that they have bought a ranch in California and planning to move out from Los Angeles.

They even have a couple of ducks and organic garden. They want to stay away from the busy and hectic city to something peaceful area.

Isn't that amazing? Well, as long as they stay together. 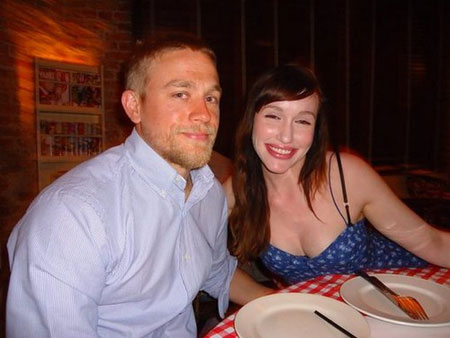 She even agreed for him to play on 50 Shades of Grey, which he later denied. Because she has read the book and loved its parts.

Charlie was supposed to Christian Grey in the movie but he eventually denied to be because of his busy shooting going on for the seventh parts of 'Sons of Anarchy' so he dropped out of the project.

Known for playing the movie, 'Green Street Hooligans' and 'Queer as Folk', Charlie's spectacular actor's net worth is $8 million.

He has won National Board of Review Award in 2002 and Huading Awards in 2013 from his lead role in 'Nicholas Nickleby' and 'Pacific Rim'. Way to go boy!

It is unbelievable to acknowledge his stable relation going on with Morgana. Even so, we all congratulate him on the progress and hope the good news to be received ASAP!