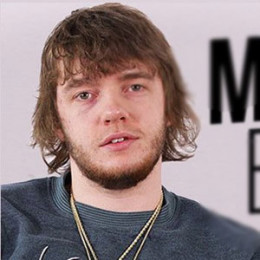 Shane Lee Lindstrom professionally recognized as Murda Beatz is a Canadian hip hop record producer. He is widely known for producing songs such as No Shopping by rapper French Montana, BAck on Road by rapper Gucci Mane, and much more.

Murda Beatz was born on 11 February 1994 in Fort Erie, Ontario, Canada. Most of his teenage spent with hopes of getting out, most to no avail.

His deep inspiration is music comes from his late father, who died this past October.

"My dad was always playing guitar around the house and stuff, so I had a good musical ear at a young age. I started playing drums when I was four."

In his early age, he traded his standard drum set in for an electronic one standard recording what he calls "Travis Barker remixes."

When he was at the age of seventeen, after discovering the high-octane trap symphonies of Lex Luger, he traded his drums for a copy of FL Studio and also a keyboard attachment. At that time there were no studios nearby, only a few friends were interested in making music.

Murda found an unprecedented world of opportunity before him in the beat-making program. He contributed all his energy to making instrumentals and started calling himself young Murda. Then he nailed enough beats to experience a taste of success in less than two years, caused him bypass college in favor of becoming a trap producer.

With several years of self-music experience, he earned his name out there in short time, posting his beats to Youtube and other networking using every social media sites. His major breakout came as the first placement of note on a record for Bay rapper YB the Rockstar.

Later he gave a beat to a rapper closer to home, Minneapolis' Rocky Diamonds, their track was eventually remixed by Soulja Boy. In the year 2013, he was interested in bringing his sound to Chicago, as the drill movement was at top.

Later he went to Atlanta soon after Offset had gotten out of jail, in Oct 2013. He was just nineteen years old, when he reached Atlanta for the first, as it was his one of the biggest step to his success.

Since then, he has worked with numerous popular artist including, Drake, Travis Scott, Migos, and PartyNextDoor. Recently, Murda plans to release his second mix tape, Kepp God First 2, with future producer, PYRO.

Murda Beatz is single or in relation is still a mystery. He might be dating someone but wishes to keep details about his love affairs low profiled.

Murda Beatz earns a huge amount from his successful career as a record producer, as he has composed and worked with the various top artist. He is twenty-three years old currently and has earned a huge fame, there's a lot of time for him to earn enough fame and money.