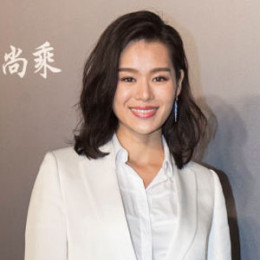 Myolie Wu was born on 6 November 1979. She is an actress and singer and belongs to Taishan ancestry. She has won many awards for her acting skills.

My Favorite TV Actress winner, Myolie Wu is a Hong Kong actress and singer. Her parents raised her in Hong Kong. She is Guangdong Taishan ancestry and holds Hong Kong nationality.

During Wu's first year in university, she took part in the Miss Hong Kong pageant in 1999 and was second runner-up. Soon after, she signed on to TVB as a full-time contracted artist and dropped out of school.

Myolie Wu began her career as a supporting character in TV serial called “Golden Faith.” She became famous and awarded the “Most Improved Female Artiste Award” in 2002 TVB Anniversary Awards.

In 2003, Myolie was offered her first lead role in “Survivor’s Law.” In the same year, she starred in the TVB drama “Triumph in the Skies” along with veteran actors Flora Chan and Francis Ng. From both series, she gained high viewer ratings.

Myolie gained a lot of weight for her role as an overweight woman in 2006 TV series “To Grow With Love”. Through her role, she was awarded “Best Comedy Performance by an Actress” at the Asian Television Award, which made her the first Hong Kong actor to win an award at the admired ceremony.

In 2009, Wu took another step in her acting career in Mainland drama “Beauty’s Rival in Palace” where she made a guest appearance for five episodes. In late 2010, she worked her third Mainland drama “Racecourse” along with boyfriend Bosco Wong.

In 2011, Myolie starred in TVB dramas Ghetto Justice, The Rippling Blossom and Curse of the Royal Harem and all three series were listed Top 5 in viewership ratings that year. She was crowned “TV Queen” in 2011 at TVB Anniversary Awards.

After 16-years with TVB, in the summer of 2016, Wu decided not to end her contract with TVB and she presented her gratefulness and bid farewell to the TVB. With the support of Wu's fellow TVB actresses, she opened a bridal studio business as part of her endeavor into business.

In 2007, Myolie made a debut in singing with the release of the theme song for her TV series “War and Destiny.” In 2008, she signed with the music label “Neway Star” and released her first EP titled “Evolve”.

In 2009, Wu released her 2nd EP “Loveholic” and held her first solo, small concert. The concert version of Liveholic of her EP Loveholic was out in early 2010. She continued to sing theme songs for TVB’s TV series.

The beautiful and charming Myolie Wu is a married woman. She started dating Hong Kong businessman Philip Lee in 2014. After one year of romance, the lovebird tied the knot in December 2015, at Beas River Country Club. The couple has no children yet. The lovable couple celebrated their 6-months anniversary in June 2016.

They first met through their mutual friend. Myolie posted her bikini photos on her Facebook account, and one of her friends shared her photo, who is also a friend of Philip. Wu photo caught Lee’s eye and asked the mutual friend to introduce her. But Myolie Wu rejected the friend’s attempt to meet Lee.

However, 3-months later,  they met at the mutual friend’s birthday dinner.

In September 2016, Myolie and her husband Lee were seen watching the famous Korean Zombie movie, "Train To Busan" at the Olympian City shopping mall. After watching the film, the couple were seen quarreling

Before marriage with Lee, the Hong Kong best actress Wu was dating her co-star, Bosco Wong in 2004. They stayed together for 8-years, and in 2012 they broke up. The ex-lovers ended their romance peacefully.

Myolie's ex-boyfriend Bosco announced that he and Myolie had ended their 8-year affair in a Commercial Radio interview with Eileen Cha.

The multitalented Myolie Wu has an estimated net worth of $100 million dollars. The majority of her earning comes from her music and acting career.

Myolie Wu is a married woman. She started dating Hong Kong businessman Philip Lee in 2014. After one year of romance, the love birds tied the knot in December 2015. The couple has no children yet.