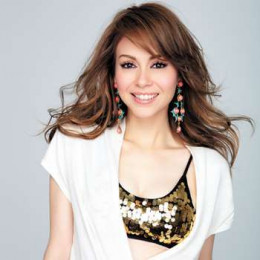 Myria Benedetti is a Thai singer, actress, MC, and model, known by the stage Nat Myria. She started her career at a young age since 1998. She is the only child of her Swiss father Bruno Benedetti and mother Jinda Tengmeesri. She sings pop music and loved by her fans. Her songs are iconic and ironic. She is also a marvellous actress and had played in a drama Shai Yai Ruk which is popular among Thai peoples. Similarly, Patharawarin Timkul is also a popular Thai actress.

She was married to Somchai Kemglad in 2003 but due to misunderstanding and way of living different lifestyles, they got divorced in 2006. Myria is currently in dating relation with actor Aum (Athichart Choomanon). Myria in her forties is still bold and beautiful. Her graceful beauty and marvellous look is what makes of her fan to love her. She wants to keep her life confidential and always cheers to live life happily.

Somchai Kemglad is a sucessful thai actor.He married Assamas Assawimol in 2009 after divorced with Myria.