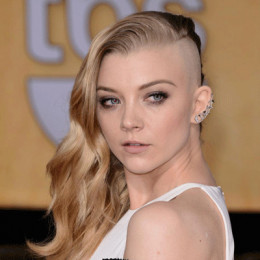 Natalie Dormer is an English actress, well recognized for her portrayal in HBO TV series 'Game of Thrones' as Margaery Tyrell. She is also widely known for her appearance on the Showtime series 'The Tudors,' 'Irene Adler' on CBS series Elementary, and in the science-fiction adventure films The Hunger Games; Mockingjay Part 1 and 2.

Natalie Dormer was born on 11 February 1982, in Reading, Berkshire. She comes from half Norwegian and half Welsh descent.
Dormer studied Chiltern Edge Secondary School, before shifting to Reading Blue Coat School. Natalie grew up with her stepfather, a builder, mother, brother Mark, and sister, Samantha.

She claimed that she became the victim of bullying during her school days. Dormer was head girl, vice-captain of the school netball team, a first class student and traveled the world with her school's team.

In her school days, Natalie trained in dance at the Allenova School of Dancing. As she describes herself as the 'academic hopeful' of the family, she was offered a place to study history at Cambridge.

However, in her A-level History exam, she couldn't gain the A grade as she needed to attend. Later, she decided to give an audition for drama schools and went to train at Webber Douglas Academy of Dramatic Art in London.

Dormer stepped forward to pursue her career soon after her graduation from Douglas and landed the role of Victoria in Casanova, her debut film, released in 2005.

The director of the movie Lasse Hallstrom was so amazed by her comedic timing that he told the scriptwriter to elaborate her part. During her shooting days, she faced a lot of consequences as she said: "it was the best lesson I could have had in the first twelve months of my career."

In the year 2007 to 2008, Natalie portrayed as Anne Boleyn in the first two seasons of the Tudors, for which she achieved a lot of positive feedbacks.

Later in 2008, she played the role of Moira Nicholson in Agatha Christie's Marple: Why Didn't They Ask Evans?, also appeared in several movies including, Fence Walker and City of Life.

The same year, Dormer appeared in Incendiary, however, her scenes were trimmed from the final film. Later in 2010, Dormer made her stage debut at the Young Vic theater in London as Mizi in the play Sweet Nothings.

After Dormer had acted as Mizi for six months, she jumped on to film and played in movies including Madonnas's film W.E. and Captain America.

In the year 2012, Natalie returned to the Young Vic to play the small role in After Miss Julie, by Patrick Marber. Her performance achieved critical acclaim, with feedbacks describing her as 'outstanding,' 'little short sensational,' and 'the perfect Miss Julie.'

In 2014, Deadline.com disclosed that Natalie had been cast in Screen Gems' upcoming action-thriller Patient Zero, alongside, Game of Thrones co-star John Bradley-West.

The same year in November, it was announced that Dormer was to star the scandalous 18th-century noblewoman Lady Worsley in a BBC drama The Scandalous Lady W.

Natalie has won several awards including Golden Nymph Award in the category of Outstanding Actress for The Tudors. She also gained Gemini Award for The Tudors category for Best Performance by an Actress in a Continuing Leading Dramatic Role.

The recent award, Dormer won was Gemini Award for the Tudors in 2010.

Natalie Dormer is not married yet but she is engaged to her longtime boyfriend, Anthony Byrne. She met him for the first time in Dublin while shooting The Tudors in 2007.

There were rumors Natalie is related to historical lady-in-waiting Jane Dormer, who worked for Queen Mary I, they don't have any familial connection though. Regarding this matter, Dormer stated that "There was a woman called Jane Dormer, in the Royal Court who happened to have the same family name as me, but I think that's as far as it goes."

Natalie Dormer has ranked Spot no. 1 in 2014 survey of people and now has a net worth that is estimated to be $ 6 million.