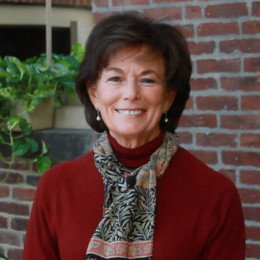 Natalie Salatich Jacobson was a popular newscaster and anchor for WCVB-TV based in Boston, Massachusetts, until she left in July 18, 2007. In the late 1960s, she got her first television job at crosstown WBZ-TV, as a public affairs director. Her first on-air job reporting was at WKBG, now as WLVI-TV, for Ten PM News in 1969-70. Detailed information about her childhood, family and educational background are still unknown.

Talking about her personal life, till now she has been married twice. Her first marriage lasted eight years long and she does not have any children from that relation. After the divorce with her first husband, she married a man who also belongs to the journalism industry. The couple had been together for almost twenty-five years and got divorced. The couple together has raised a daughter. Till now she hasn't been a part of any controversial issues.

Natalie Jacobson was born as Natalie Salatich on August 14, 1943, in the USA. She is the daughter of  William G. and Dawn (née Trbovich) Salatich. Her ethnicity is white and holds an American nationality.

Her father was the son of Serbian immigrants and had risen out of childhood poverty to become a World War II veteran and top executive for the Gillette Company.

Jacobson father is her inspiration which drives her to pursue her career in journalism. In 1960, Natalie made her first television appearance at WBZ-TV as a public affairs director.

Her first on air job was at WKBG channel 56, for their short-lived Ten PM News in 1969–70. In 1972, she was hired in WCVB as a reporter and within a month, Jacobson quickly took the anchor chair for NewsCenter 5 Midday, the station's noon newscast.

Jacobson is possibly single at the moment but previously she was married twice. She first married her co-anchor, Chet Curtis, and the duo togetherly host the show for nearly twenty years as they are the most watched news team.

The duo shared one daughter, Lindsay (born on 1981). In 2001, the duo had bitter and publicized divorce as Curtis left the WCVB and Jacobson also stopped anchoring for 11:00 news.

Later, she was in a romantic relationship with Craig Wiggins but the couple couldn't handle their relationship and split apart.

Jacobson has a wonderful career and it might be sure she has earned an amazing net worth but the concrete figure hasn't revealed yet.

He is the first husband of Natalie. The couple made their journey together for almost eight years.

He was the second husband of Natalie, who by profession was a News presenter and anchor. He died on January 22, 2014.

She is the first and the only child of Natalie, who was born safe and healthy.