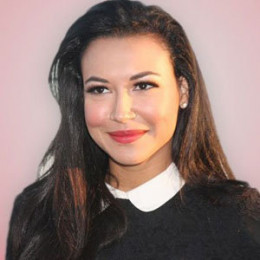 An American actress, singer-songwriter, and model, Naya Rivera was married to an actor Ryan Dorsey .The couple married on 19th July 2014. Naya is a daughter of a former model, Yolanda and George Rivera. She began her acting career at the age of four from a movie named The Royal family .The Master of Disguise is her first popular movie ,she has a role of Caption America Kid.

Naya Rivera was a married person. The couple had a son named Josey Hollis Dorsey whowas born on September 17, 2015. Naya previously dated with Big Sean a recording artist, the couple dated in April 2013 and they ended their relationship in April 2014. Naya is more popular from a comedy-drama named Glee in a character of Santana Lopez. Naya has acted in many movies. She was the sister of model Nickayla Rivera.

Naya Rivera is currently married to an actor Ryan Dorsey .The couple married on 19th July 2014.

The couple has a son named Josey Hollis Dorsey he was born on September 17, 2015.