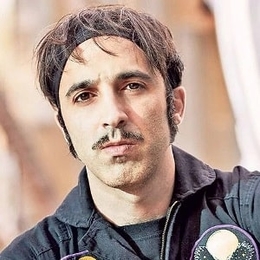 Nayib Estefan is an American actor, composer, filmmaker, and entrepreneur known for his minor roles in Punks. The actor has worked in the entertainment industry for many years, besides being a celebrity kid. He is currently busy filmmaking and composing music videos with immense quality work.

Who are Nayib Estefan's Parents?

American filmmaker Nayib Estefan belongs to a solid filmy background from where the star got the inspiration to build his career in the entertainment industry and serve Hollywood through his creativity in arts and cinemas. Since childhood, Estefan was familiar with the music, dramas, and acting, which made him fall in love with movies and cinemas. 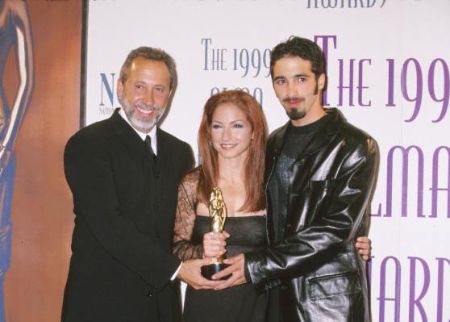 Talking about his family background, Nayib is a celebrity kid of renowned Congo singer and performer Gloria Estefan and musician Emilio Estefan who has been ruling the music industry for decades with their excellent taste in music in America. The power couple has been married for over 44 years and still maintains an impeccable bond.

Emilio and Gloria welcomed their first child, Nayib, on September 2, 1980, in Miami, Floria, USA. Both parents are famous and legendary personalities appreciated by the public for the beautiful creation of songs and emotions attached to the production of arts and music. Grammy-winning musician Gloria is proud of his son Estefan and Nayib's younger sister Emily Estefan, a famous singer like her mother. Both children supported their mother in her work field and inspired her to work harder.

Currently, the star is more focused on his filmmaking career and composing music videos with honest dedication and hard work making his parents proud of his achievements. In an interview, the actor said that he got inspiration from his parents to become an honest and hardworking person in life, making weaknesses and strengths and embracing his struggles and failures.

Who is Nayib Estefan Dating?

Regarding the celebrity's love history, like every media personality, Estefan also chose to keep her dating history away from the limelight. The charming actor is famous among the public for his dedicated work values and appealing looks; however, he hasn't made public about his girlfriends and past love affairs. Talking about his relationship status, he is not dating anyone, but the actor is engaged in beautiful married life,

The media star has been married to his long-term girlfriend, Lara Coppola exchanging vows with ethical rituals involving families and close friend circles. The couple is happily married and giving positive vibes regarding the marital life goals.

Nayib Estefan was in madly love with his beautiful girlfriend, Lara; due to a solid bond and companionship, the love duo decided to get married with the family's blessings. On June 04, 2010, the couple tied the knot in the backyard of Nayib's parents' house, following Cuban American ethical values and rituals. 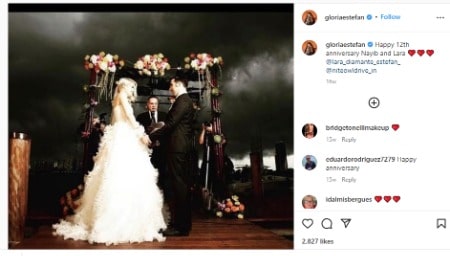 The pair's marriage day was mesmerizing and eye-catching, where relatives and close friends were invited to seek blessings and happiness. The groom and bride's family were happy for the two for their comfortable and ongoing life journey. Since marriage, the loving couple's conflict or controversial news isn't on th media platforms, which proves their love and affection for each other is out of the world. 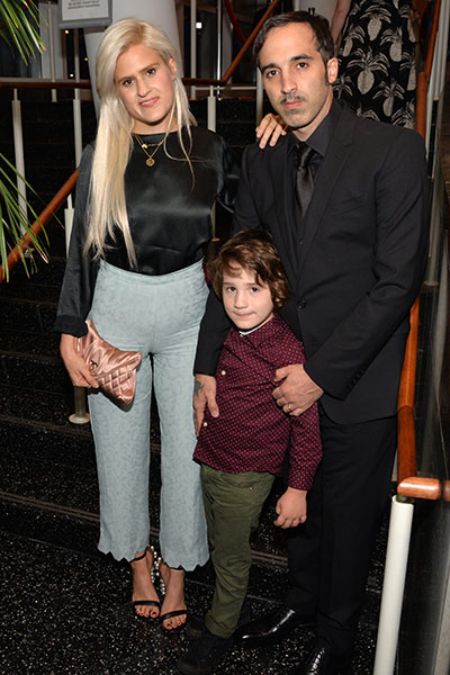 Nayib Estefan with his wife and son.  SOURCE: Social Miami

After two years of anniversary, lovebird Nayib and his wife welcomed their only first child, son Sasha Argento Estefan Coppola on June 21, 2012, whose name means benefactor of humanity in Arabic. In an interview, Sasha's granny Gloria said she was thinking of the same name for Nayib earlier. Both are blessed with heavenly family memories and experiences  and seem to have long, happy married life in the future, too; the audience is fascinated by Nayib's happy and joyful family,

What is Nayib Estefan's Net Worth?

The media personality and entertainer Nayib Estefan is a wealthy man; the filmmaker is known for his extravagant and luxurious lifestyle with his well-to-do family background and the star's reach in Hollywood.

Estefan is working in the industry with the support of his family. Besides being a celebrity, the star has maintained his career and position in cinemas through his struggles, rejections, and determination which is proved by his works and efforts on the projects he has been part of. 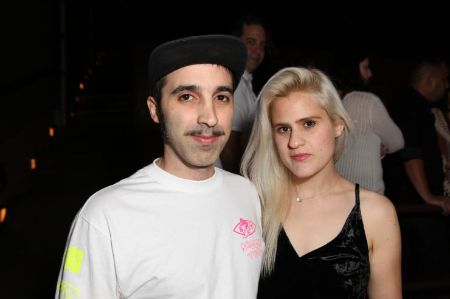 The actor came to stardom through his minor role in the movie Punks (2002); slowly and gradually, Estefan appeared in various genres of the movies and series such as The Original Latin Kings of Comedy (2002), Paul Rodriguez & Friends Comedy Rehab (2009) and soon. Even after gaining popularity from acting, the celebrity wanted to pursue his career in directing movies and composing music videos, as he wanted to make a film. Likewise, Nayib supported and provided outstanding ideas for his mother Gloria's music videos, like the 2011 album Little Miss Havana, and composed music for the same album. 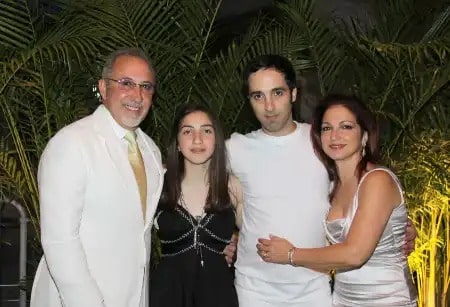 Nayib Estefan pictured with his family. SOURCE: US Today

Nayib is primarily popular among the audience for composing the music in The Sun Like a Big Dark Animal and Yearbook. On the other hand, the handsome hunk is an entrepreneur and handles different businesses in America. The star owns Nite Owl Theater in Miami, organizing the cinematic world and projects within the company.

Assuming all the projects and parts of movies Estefan worked in, he is one of the highest-paid artists in Hollywood; according to Forbes and other reliable sources, his estimated net worth is around $5 million, which is expected to rise in the coming days. Most of his earnings are not from acting but as an entrepreneur.

It still is a far cry from his parents, both of whom are renowned figures in the music industry and are also multimillionaires. His mother, Gloria Estefan, and father, Emilio Estefan, have a net worth of $500 million a piece. Altogether the Estefan couple has an incredible $1 billion net worth. Moreover, they also possess several properties in America.

For the latest articles, visit Marriedwiki!

Sasha Argento Estefan Coppola is the only child of actor and entrepreneur Nayib Estefan and stylist Lara Coppola. He was born on June 21, 2012.