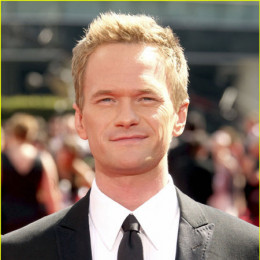 Neil Patrick Harris has many introductions. He has established himself as multi-talented person in the American entertainment industry. He is actor, writer, producer, director, comedian, magician, singer, and television host. He is well known for his role as Barney Stinson in How I Met Your Mother, comedy television series. Dr. Horrible's Sing-Along Blog, Harold & Kumar, Starship Troopers, Beastly, The Smurfs also show her awesome works.

Neil Patrick is married. He was rumored for being gay to which he confirmed that he is indeed gay in the year 2006. He is happily married to same gender and also have two sons from a surrogate mother. Their family of 3 male and a female is very happy one. With the Marriage Equality Act, he got married to his boyfriend. The couple were in relationship for years but it was kept secret until same-sex marriage got legal.

Harper Grace is a twin daughter born from a surrogate mother for Neil and David. She is the only female in the family.

Gideon Scott is twin to Harper Grace. He was also born from surrogate mother. He is loved a lot from both Neil and David.