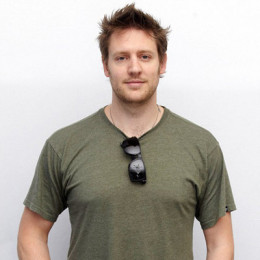 A popular advertisement director, screenwriter, and animator who is popular for his work in District 9, Elysium etc, Neill Blomkamp is renowned for his ability to blend naturalistic and photo-realistic computer-generated effects. His parents immigrated to Canada when he was just 18 years old where he enrolled in Vancouver Film School.

Neill Blomkamp tied the knot with his girlfriend for his long time. He is a father of one son. He and his wife has worked in various projects together and were nominated for awards together.

Neill Blomkamp born on 17 September 1979, in Johannesburg, South Africa. He grew up in a middle-class suburb of Johannesburg and went to Redhill High School. His mother and father divorced when he was a toddler. His mother used to handle UN and NGO conferences.

One day one of his friends introduced him to Sharlto Copley who was six year his senior. But despite their age differences the two instantly hit it off as their interest lied in the same thing filmmaking.

In order to learn filmmaking, he enrolled himself in Vancouver Film School.

But he first became renowned from his role as the lead animator for the TV series, Dark Angel. Despite his work in numerous movies, his work as the writer and producer of Elysium made his worldwide famous.

The film immediately made a mark in the field of sci-fi dystopian movie category. The movie was praised by the critics and it did pretty well at the box office. After the success of Elysium, he worked in the movie, Chappie. For his work in the field of 3D and directing, he has won numerous awards.

Recently, in the year 2010, he got nominated for Academy Award for Best Adapted Screenplay for the same picture, District 9. Neill announced in 2017 that he will be opening his own production company named, Oats Studio.

Neill Blomkamp started his career as a 3D artist back in the 1990s and worked his way up in the entertainment industry. He owns a production company named Oats Studio which is involved in the creation of several short movies.

Other than that he is the creator of the highly acclaimed sci-fi movie, Elysium. His work and success have helped him to earn a huge amount of net worth. His current net worth is estimated at $20 million.

Regarding his personal life, he is married to his longtime sweetheart, Canadian screenwriter, Terri Tatchell. There is no rumor of any divorce and extramarital affair from both sides by which we can conclude they are leading happy married life.

Currently, they are parents of one child. Since he is very confidential about his personal life he has not disclosed the name of his child. He and his wife both are in the same field and have worked on various projects together.

His wife was also nominated for Best Picture, and Best Adapted Screenplay for their work in District 9.

Forbes has listed him as 21 most influential and powerful celebrity from Africa.

They met each other from movie named District 9 where she was co-writer of the screenplay of same movie. She has given birth to one child.