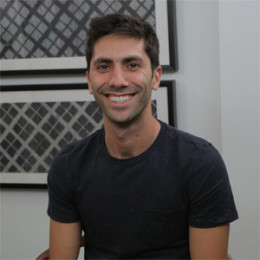 Yaniv Nev Schulman is an American actor, producer, photographer, and television host, well recognized for his appearance in the 2010 documentary film "Catfish" and the follow-up TV series "Catfish: The TV Show" on MTV. He serves as an executive producer and host for the show.

Yaniv Nev Schulman is an American actor, producer, photographer, and television host, well recognized for his appearance in the 2010 documentary film "Catfish" and the follow-up TV series "Catfish: The TV Show" on MTV. He serves as an executive producer and host for the show.

Nev Schulman was born on 26 September 1984, in the New York City, raised along with his big brother named Ariel Schulman who is a well-known filmmaker and actor. He has a mixed ethnicity(German-Jewish, Polish-Jewish, Russian-Jewish, and Romanian-Jewish), and holds American nationality.

Schulman began taking pictures and got involved in photography after completing his dance training for five years. He studied at Sarah Lawrence College for two years (2004-2006), studying Dance and Photography.

On 28 April 2006, Schulman got involved in a controversial incident along with a female student which made him drop out of the college. As said by Schulman, he stated that he hit the young girl in self-defense.

At his age of nineteen, Schulman and his brother Ariel began photography and film production company. In 2004, Nev Schulman started photography in dance and later was involved with contemporary ballet community in NYC.

He is also known as a founding member of the Young Leadership Committee for the youth organization, Leave Out Violence.
In 2010, Schulman became the main character of the movie Catfish. The movie was filmed by his brother Ariel and business partner Henry Joost. In 2012, Schulman made his appearance as a host and executive producer on the show Catfish by MTV, along with his filmmaker partner Max Joseph.

Additionally, he has also written a book titled In Real Life: Love, Lies & Identity in the Digital Age. In it, Schulman has given both observations and history gleaned from his work on Catfish.

Nev Schulman is a married man. After dating for a long-time the Schulman engaged with Laura Perlongo on 26 May 2016. The same year, the couple also welcomed their first baby daughter Cleo James.

On 22 July 2017, the pair got married and is living a happy life together ever since.

Nev Schulman earns a decent amount of money from his versatile career as a producer, actor, television show host, and photographer. As if 2018, his total net worth is estimated to be $550,000.

His well-known movie Catfish made total earnings of $3,479,614 worldwide. An executive producer normally earns $124,000 annually, a photographer makes $49,381, and $46000 as a television host. We can assume that Schulman has a good amount of earnings from his credits.

Watch the sneak peek of Schulman's show Catfish season 7 in the interview below:

Nev Schulman is married to his long-time girlfriend Laura Perlongo. Since their marriage, the couple shares a baby daughter together.

Cleo James is the only daughter of the couple.