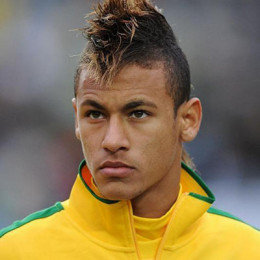 A World famous and most recognized name and person, Neymar, of football arena, needs no any introduction for who he is and what he does. He is one of the most successful footballers round the globe of this generation. He currently plays in the Spanish club FC Barcelona and iin the Brazil national team as its captain in the position of winger. He wears t-shirt number 11. His father Neymar Santos, Sr. is a former footballer who later became his advisor. Neymar had started playing since early age.

Neymar has never been married but has a son from his earlier affair. He loves his son very much. He has been popular with the girls. He has dated several of the women and came into rumors with several as well. Neymar is currently in a relationship and is enjoying his time. However, he never forgets his responsibility towards his child. Besides, he comes in rumors during the transfer seasons and in the news due to his injuries.

He was born when his father was just 19. He is often seen with his father even in the playground. He splits his time with his mother and father as his parents are separated.