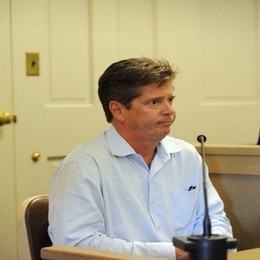 Nicholas Little, also publicly known as Nick Little is highly recognized as the husband of popular former tv host, Heather Unruh. Nick who keeps his personal life under the radar came to the public attention when he came forward to support her son and wife against actor Kevin Spacey for allegedly sexually molesting their son.

Nick Little, aka Nicholas Little, is the husband of the former tv anchor and news host, Heather Unruh who contributed her service for fifteen years in the television industry as a journalist. Unruh is highly known for her involvement in WCVB-TV where she worked for fifteen years. The blissful couple resides in Boston, Massachusetts. With no further ado, let's discover more on Nick Little below. 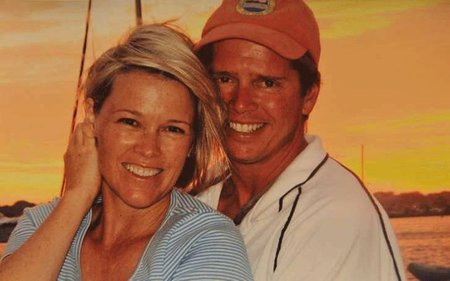 Nick Little is happily married to his wife of decades, Heather Unruh with whom he shares two beautiful children. The couple is parents to a son and a daughter who goes by the name William 'Will' Little and Kyle Little. The couple resides in between Boston and New England. 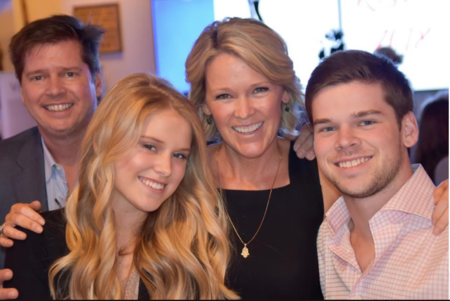 As Little prefers to keep his personal life as secretive as possible, not much on his background is known yet. However, his prominent wife studied at DePauw University which is based in Indiana. His wife is an Emmy Award-winning tv anchor in the sector of Journalism. Besides, Unruh is also the recipient of Clarion Award from Women in Communications and Gracie Allen Award.

Nick also shares two dogs of the same breed a.k.a Border Collie and a cat. Nick alongside his wife often goes on hiking with their children and pets.

In 2017, Nick came forward to support his wife and son to the public that famous film mogul Kevin Spacey sexually abused their then-18 years old son at a party. According to the case allegations filed by Heather, Spacey put his hands down Will's pants at a party at the Club Car restaurant in Nantucket. The incident took place in July 2016. 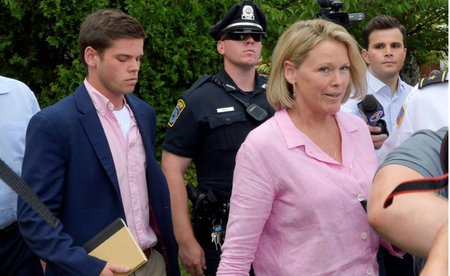 Will who claimed to be a fan of Spacey allegedly lied about his age to get drinking so he could spend more time with the actor. Both Will and his mother were a fan of the actor before the allegation. Following the groping incident, Will reportedly sent all the details to his girlfriend through texts. Nick and his wife admitted that the phone was submitted to the police with some of the messages being deleted.

On the other hand, Spacey and his attorney team tried to find the phone and text messages copies but failed to find so. Later, Will's son informed the court that the phone went missing. Will further charged Spacey another lawsuit citing emotional damage in June 2017, but the allegations were dropped after two weeks.

See a video of the Nick Little and his wife discussing the case at a courtroom below.

Although the charges have been dropped, the case is far from over for Nick and his family who still frequently posts and updates against Kevin Spacey on social media. For her contribution on tv for more than a decade, Heather received tons of support from the public on her case against Spacey.

Whilst Nick Little's wife, Heather Unruh is professionally a journalist, he is involved in a different profession. Little works at CBRE, a real estate company which has its employee in the number of 90,000. Nick Little serves as the Senior Project Manager at the million-dollar company.

On average, senior project manager earns no less than $70 per hour which makes their yearly income come in the range of more than $105,000 with commission and bonus. Nick Little is estimated to have a net worth of $2 million. His wife, Heather Unrah bags a net worth of no less than $800,000. 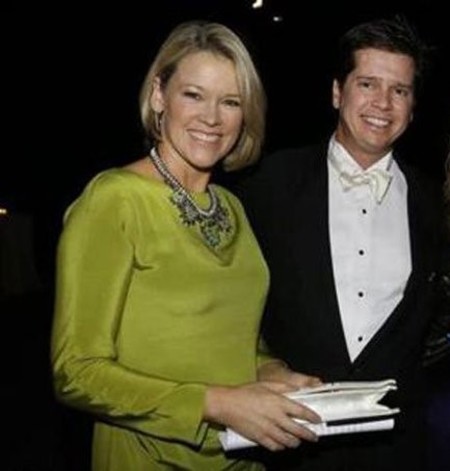 Nick Little who belongs to white race flaunts brown hair and eyes, Little stands at a height of 5 feet 8 inches whilst his body weighs near 75 kg.

Heather Unruh who flaunts bob blonde hair is a retired tv host who defended her son against Kevin Spacey for sexually abusing her son.

Will Little is the son of Nick Little and Heather Unruh who filed lawsuit case against for sexually molesting him at a party.