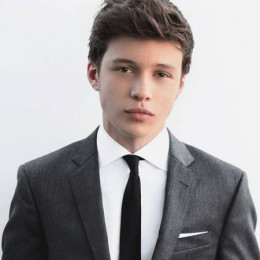 An American actor, Nick Robinson earned worldwide popularity after he starred as Ryder Scanlon on ABC Family's Melissa & Joey. He has appeared as protagonist Joe Toy in the 2013 film The Kings of Summer. He has also made a guest appearance in one of the episodes of the Boardwalk Empire. Recently he has starred as Zach Mitchell in the 2015 feature Jurassic World.

Is Nick Robinson dating anyone?

Exploring his personal life he hasn't married yet. He is single. Till now there has been no report of him having relationship with anyone.

Despite the fact that the handsome has been linked with several stars in Hollywood including the likes of Chloe Grace Moretz and Samantha Urbani. If rumors are to be believed, Nick is reportedly going out Samantha, who is a singer, but Nick himself has remained tight-lipped about the matter. 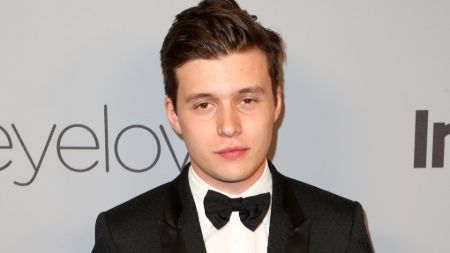 Nick is at the moment single as it gets. SOURCE: Elite Dail

Be that as it may, the man looks and sounds pretty much single and it seems like he is more concentrated in building his career rather than enjoying love life. He is regular user of twitter. His fan can follow him in his official twitter account @NickJnRobinson to be more updated about him.

The multi-talented personality enjoys a good career in the industry. The man started working in the industry from an early age so it might not be surprising to hear if his net worth is in thousands of dollars.

At present, he stays relaxed with a total wealth of $1 million. No wonder the actor lives an affluent life.

Talking about his career, Nick made his pro-debut at a mere age of 11. He worked in the stage production of 'A Christmas Carol.' He became a huge sensation when he played the role of Melissa Joan Hart's nephew in the ABC sitcom, Melissa and Joey

So far, he's been involved in multiple award-winning movies for which he himself won many accolades. For his contribution, FORBES even listed him in the 30 under 30.

For all the latest and greatest news on your favorite celebrities, make sure to follow Married Wiki!!!