Home Article Are Chloë Grace Moretz and Brooklyn Beckham Back Togehter?Know about their relationship.

Are Chloë Grace Moretz and Brooklyn Beckham Back Togehter?Know about their relationship. 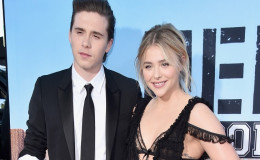 An American actress, Chloe Grace Moretz is again together with the son of David Beckham, Brooklyn Beckham after multiple breakups.

A true relationship is something in which two people never give up despite several ups and downs. This holds true for the on and off couple Chloe Grace Moretz and Brooklyn Beckham, son of football star David Beckham.

Currently, the couple is rumored to be together again. Well is this just a rumor or are they back together for real this time? Let's find out!!

Are Chloe Grace Moretz and Brooklyn Beckham Back Together?

The Amityville Horror star and her ex-boyfriend Brooklyn Beckham are no more together. The actress is focused on her career at the moment however her lover Brooklyn has moved on with Marvel star Nicola Peltz.

Beckham and Peltz confirmed their relationship through his Instagram snap after they were caught together with a number of times in LA over September this year.

As of 18 November 2019, Brooklyn seems distracted on his phone as he heads to a skate park with friends. He has recently confirmed a romantic association with actress Nicola Peltz.

Brooklyn sent tongues wagging while he was seen partying with Peltz three times in one week in Los Angeles this month. He appeared to be missing the Marvel star when he gazed down at his phone while at BaySixty skate park in West London on Sunday.

After arriving in his stylish £50,000 Land Rover Defender, the 20 years David Beckham's son hit the ramps with the skateboard.

Meeting for the first time at Paris Fashion Week in 2014, the Let Me In star Chloe and Brooklyn Beckham fell in love and eventually started seeing. The lovebirds weren't seen together until July 2014 while they were seen skating in LA.

Chloe Grace and her beau grabbed headlines all over with their link-up, however, the pair shocked us all when they officially announced their separation in 2015.

Moreover, they reunited and started going on/off a number of times. In addition, sources reported that  Chloe got dumped by Brooklyn because of being too clingy towards him!! 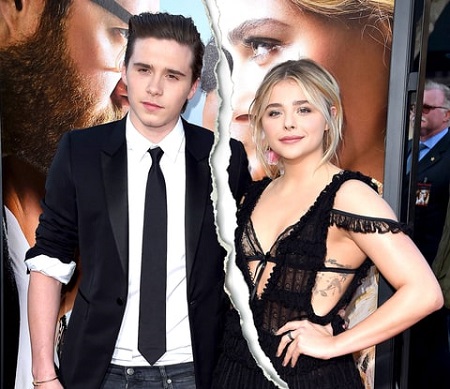 Brooklyn and Chloe in an event.
Source: Us Weekly

The estranged couple left us scratching our heads when they patched up during the summer of 2016 for five months and split up again. 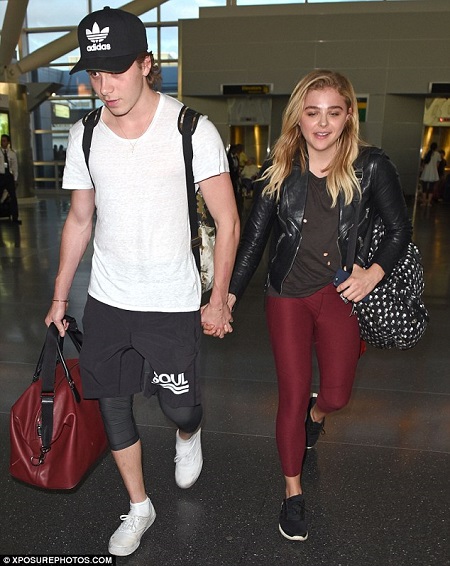 Brooklyn and Chloe at the airport.
Source: ebiwalismoment.com

And now too, they are rumored to be together again and this is apparently true as they were recently spotted attending different events together. Well, their Instagram posts too, don't lie and these adorable are back again!

Dublin. You were amazing ??

Apart from their relationship, Brooklyn has been linked with many hotshot ladies including Ashley Roberts, a Pussycat Dolls star cozied up to at a Brit Awards after-party. 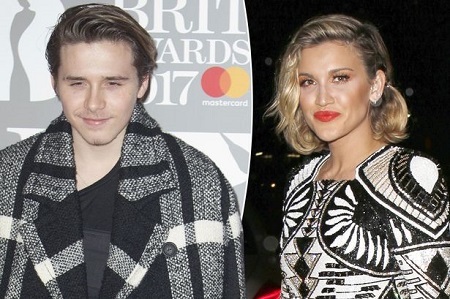 Brooklyn and Ashley in a picture.
Source: Daily Mirror

Moreover, after the separation in 2016 with Chloe, Brooklyn was spotted kissing Madison Beer and was in a relationship that later ended due to the long distance. 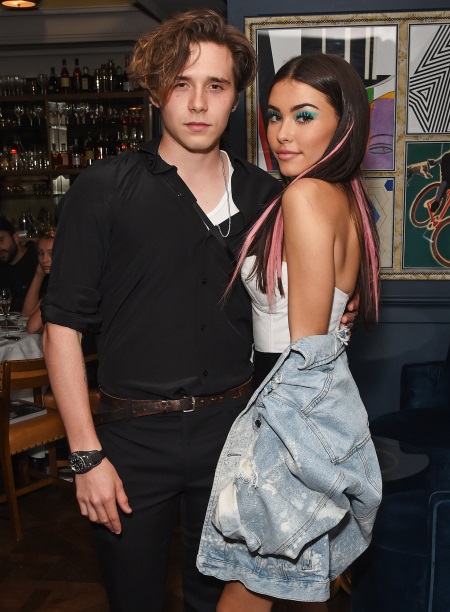 Brooklyn and Madison in a picture.
Source: People

Currently, Chloe and Brooklyn are giving their relationship another chance and we hope their on-off relationship does not break this time. Fingers crossedXXXX 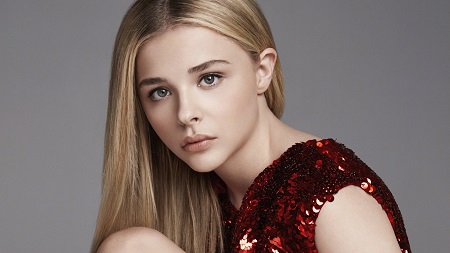