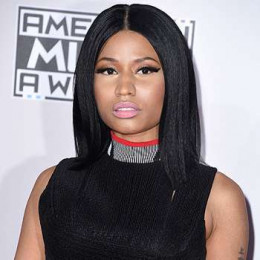 Onika Tanya Maraj professionally known by name Nicki Minaj is well known American rapper, singer and songwriter. She is famous due to her struggle and effort, as she was raised in New York she has earned public attention after releasing three mix taps. Nicki is daughter of Robert Maraj a financial executive and a singer and Carol Maraj. Her father was addicted to alcohol and drugs so her childhood was not so good, So in small she lived with her grandmother and she had received lots of love from her grandmother. Since, her father was in rehab so she was motivated by her mother. She has completed her education from Laguardia high school as she was interested in acting she was cast in off-Broadway play in case you forget. Slowly she move on towards her career and she has play in many films like ice age, the other woman, barbershop etc. She has won many awards including six American Music Awards, ten BET Awards, seven BET Hip Hop Awards, Four Billboards Awards, three MTV Awards and fourteen choice awards.

Nicky is only the one woman to be features in Hip Hop cash king lists also she is one of the best actress, singer, musician so we can hear lots of rumor of her. As she is beautiful and sexy she has affair with Safaree Samuels and since they were in relationship now it is reveled that they end there relation also Nicki had done abortion. Now there is rumor that she is dating Meek Mill, he is rapper and it is believed that they have engaged in April and soon they are getting marriage.