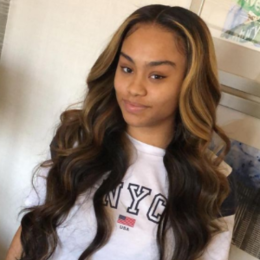 Summer Bunni is a famous Instagram star and a model who has 35.3k followers on Instagram. Born and raised in Los Angeles, Bunni came to the limelight for starring in Nicki Minaj's music video.

Model Summer Bunni is currently single at the moment. However, she previously dated Cardi B's husband, Kendrell Cephus. Kendrell Cephus, a famous rapper, singer, and songwriter, is also known as Offset by his stage name. 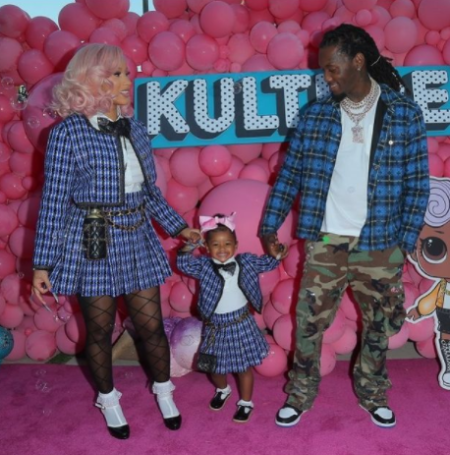 When it comes to parenthood, Cardi B and her spouse Offset gave birth to their beautiful daughter Kulture Kiari Cephus on 11 July 2018. At the time, Offset reportedly appointed Summer as the mistress of their child.

On December 5, 2018, Cardi announced she parted ways from her spouse, Offset. The pair separated after Cuban Doll leaked the messages between Summer and Offset.

Later Bunni apologized to Cardi B through a video in the early December of 2018 released by TMZ. But she took back the apology during her appearance on Power 106 La's The Cruz Show.

Summer wrote, "I feel ashamed.. these were never my intensions and I never wanted to break up a happy home". She added, "I haven't spoken to Cardi, but I would like her to know I am a genuine person. I am not here to break up a family."

Past Affairs of Summer Bunni

Summer Bunni was involved in few relationships before aside from Offset. Bunni reportedly spread the news that she was abandoned by Dallas Cowboys star Tony Pollard after getting her pregnant. However, she chose to get an abortion. Bunni allegedly slept Pollard without protection. But, Pollard denied taking care of the child. 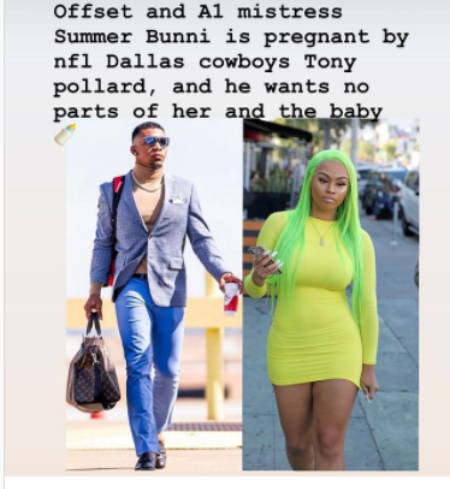 After a month, she disclosed she was pregnant with another NFL player, Chauncey Gardner Johnson. She revealed that she was having twins and was going to keep them. She welcomed a baby boy and a girl named Saint Ace Chauncey Johnson and Series Accel Johnson.

Back then, Summer Bunni once broke headlines after being involved with rapper Offset, Cardi B's husband. The news came three weeks before Cardi B gave birth to her first child. Bunni also claimed to be the reason behind Cardi B and Offset's split.

Summer Bunni has summoned a staggering net worth of around $300,000. Not to mention, most of her income comes from her modeling and acting career. Bunni is also experienced in mainstream modeling as well. She posted a 'Throwback' picture of her modeling on December 6, 2018, with Berber and JC Penney. 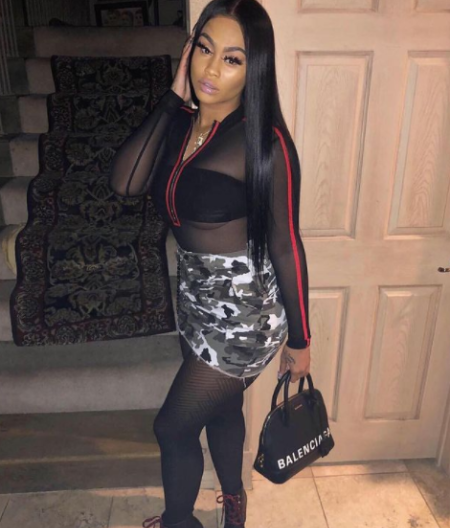 Summer Bunni has summoned a net worth of around $5000. SOURCE: Instagram

Today, Bunni is a famous Instagram star where she posts her modeling photos. Summer also reportedly worked as the mistress of Cardi B and Offset's daughter Kulture. She also worked for Love & HipHop: Hollywood. In addition, Summer Bunni has appeared in a few music videos for Nicki Minaj.

Stay updated with Marred Wiki for more biographies and articles.