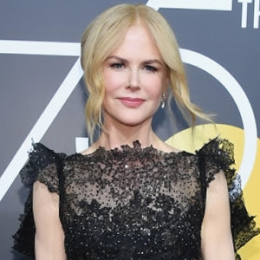 She has been married twice. She was married to actor Tom Cruise. After their divorce, she married country singer Keith Urban and the couple is living a happy life with their two children.

She was born to the Australian parents who were temporarily living in the United States on student visas. She was born on June 20, 1967, to biochemist, clinical psychologist father Anthony Kidman and nursing instructor mother Janelle Ann in Honolulu, Hawaii. She was given the Hawaiian name Hokulani means Heavenly Star.

She belongs to Australian nationality and her birth sign is Gemini.

Her father was a graduate student at the University of Hawaii. While her parents lived in Washington D.C., they participated in anti-war protests. Later they moved to Australia when she was four years old. She has a younger sister, Antonia Kidman who is a journalist and TV presenter. 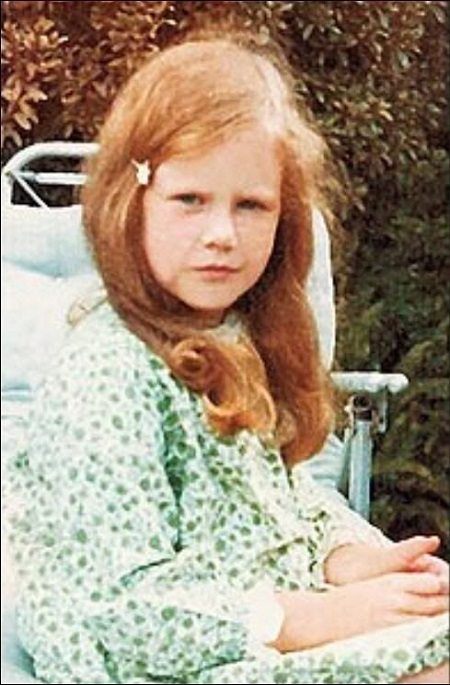 Nicole Kidman at her early age

She attended Lane Cove Public School and North Sydney Girl’s High School. She was interested in acting from her high school days where she showed her natural talent for acting. She attended Phillip Street Theatre alongside English actress Naomi Watts.

She attended Australian Theatre for Young People where she took up drama, finding acting as her refuge. She received praise and encouragement to pursue acting at Philip Street Theatre.

She started her acting career from the movie Bush Christmas in 1983. After the success of the film, she got the lead role in the Australian adventure crime drama film BMX Bandits in 1983.

From the mid-1980s she gained popularity after appearing in the several film roles such as Shadows Dance, Windrider, BMX Bandits and many others. She appeared in the many Australian productions including miniseries Vietnam and soap opera A Country Practice.

She has also made a guest appearance on several Australian TV movies and television program. In 1989, her breakthrough came with the television miniseries Bangkok Hilton and the thriller Dead Calm.

She made her Hollywood debut in 1990 in the sports action drama film Days of Thunder opposite Tom Cruise in 1990.

From the romantic drama Far and Away to the crime drama superhero film Batman Forever she achieved wide recognition and also won a Golden Globe Awards for her role in the movie To Die For.

In 1996, she was chosen by People Magazine as one of the 50 Most Beautiful People in the World. In 2004, she was one of People Magazine's 50 Most Beautiful People for Most Wanted Skin. In FHM's 100 Sexiest Women in the World, in 2005 she was ranked number 69 and she was voted the fifth Sexiest Female Movie Star in the Australian Empire Magazine in August 2008.

She continued to star in commercially successful films such as the epic war drama film Cold Mountain, horror-thriller, The Others. She achieved critical acclaim for her roles in the independent film such as Dogville, Rabbit Hole, Birth, The Paperboy. For her role as the troubled mother in the biopic Lion, she received a fourth Oscar nomination in 2016.

In 2017, she returned to television with an acclaimed performance in the HBO series Big Little Lies, where she performed as a victim of domestic abuse. For her role in the HBO series, she won a Primetime Emmy Award for Outstanding Lead Actress.

To host the FIFA World Cup 2018, she lent her voice to a promotional video which Australia used to support its bid to become the host. 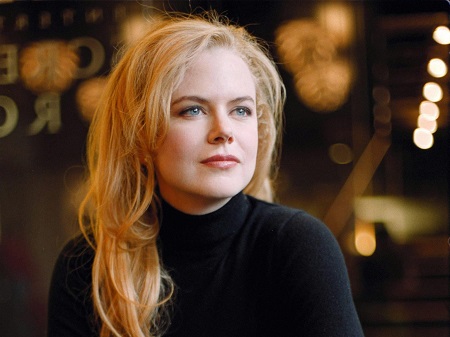 Nicole Kidman has gone on to star in several more films including Just Go with It, The Family Fang, Dogville, Secret in Their Eyes, The Beguiled, Fur, Before I Go to Sleep, Queen of the Desert The Killing of a Sacred Deer,  Strangerland, The Human Stain, Margot at the Wedding, The Golden Compass, among others.

She is also active in the singing industry and performed duets from the soundtrack of Moulin Rouge!, One Day I'll Fly Away and Come and What May with Ewan McGregor. Her other works include Kiss and Unusual Way, Sparkling Diamonds, Hindi Sad Diamonds. Something Stupid reached 8 on the Australian charts and 1 in the UK.

Her earning per year is $30 million, $2.5 million per month, $625K per week and $89K per day and for three minutes commercial she was reportedly paid $12 million. For the title role, she is paid $15 million for each movie.

She earns more than thousands of dollars as a salary from the different movie. Some of the movie and the salary she received are listed below:

She owns an extravagant Audi Q7 car which price starts from $50K. She is also the proud owner of three lavish houses, one in New York Penthouse which costs $16 million and the house has 8 bedrooms, 7 bathrooms, attractive pool, car elevator, and garage.

The second house in Beverly Hills home which costs $4.7 million. The house contains 5 bedrooms, three roomy bathrooms and attractive garden around the house. She has a lavish and well-equipped home in Sydney.

She has been married twice. She married American producer and actor Tom Cruise. The couple tied the knot on December 24, 1990, in Christmas Eve in Colorado. The pair met each other in 1989 while filming Days of Thunder. 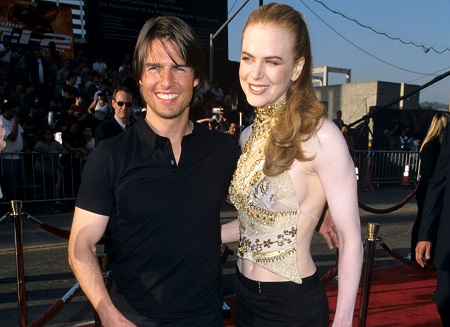 While she was unknowingly pregnant, Cruise filed for divorce after eleven years of marriage in 2001 and the pregnancy ended with a miscarriage. She explained the rumors of miscarriage early in her marriage to Tom.

In an Interview, she said that it was wrongly reported and she actually had an ectopic pregnancy.

Before she married to Keith Urban, she explains how much she loved Tom, saying,

"He was huge; still is. To me, he was just Tom, but to everybody else, he is huge. But he was lovely to me. And I loved him. I still love him."

She was involved in a relationship with Australian actor Marcus Graham in 1986 and actor Adrien Brody prior to marrying Cruise. There was also the rumors that she had an affair with English actor Jude Law which was responsible for the break-up of his marriage but both of them denied the allegations and she won an undisclosed sum from the British tabloids.

In 2003, she met American singer and musician Lenny Kravitz and she dated him in 2004. American songwriter Robbie Williams confirmed that in 2004, he had a short romance with Kidman on her yacht.

In an Interview with Vanity Fair, she revealed that she has been secretly engaged to Australian country singer Keith Urban. The pair met at a Hollywood event honoring Australians, G’Day LA in 2005. They tied the knot on 25th June 2005 after being together and dating for one year. 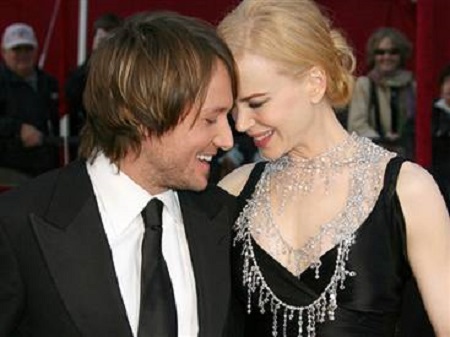 The pair tied the knot in the ground of St Patrick’s Estate Manly in Sydney at Cardinal Cerretti Memorial Chapel. The pair is blessed with a first daughter, Sunday Rose Kidman Urban in 2008 and in 2010, the pair was blessed with second daughter Faith Margaret Kidman via surrogacy at Nashville’s Centennial Women’s Hospital.

In 2007, she was hospitalized in L.A. after a stunt car crashed into a light pole on the set of her movie The Invasion but she suffered no serious injuries. According to police, total eight people were brought to the hospital and studio said two crew members suffered minor injuries.