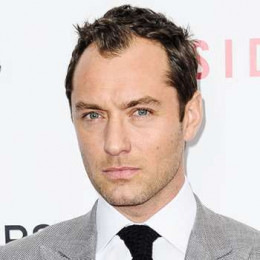 David Jude Heyworth Law, better known as Jude Law, is a British actor. He came to prominence after portraying in the film The Talented Mr. Ripley, for which he won the BAFTA Award for Best Actor in a Supporting Role and in 2003 film Cold Mountain. Some of his notable film credit includes, The Grand Budapest Hotel, Enemy at the Gates, Hugo, A.I. Artificial Intelligence, Side Effects, Road to Perdition, Alfie, Closer and many more. He was born to Margaret Anne and Peter Robert Law.

His personal life is full of ups and downs. He once was a married man but due to not having a proper hold onto his marriage it turned into something nasty. While working on the film Shopping, he met his first wife and the two enjoyed their marriage for nearly 6 years and have raised three children together: two sons and a daughter. Till now he has dated a long list of women and with two of them, he has raised two children.

Jude Law was born on 29 December 1972 in Lewisham, London to the family of Margaret Anne (nee Heyworth) and Peter Robert Law.

His sister Natasha is a painter and graphic designer. He attended John Ball Primary School in Blackheath. Later, he studied at Kidbrooke School an Alleyn's School.

Law received a break in his career playing in the British drama Shopping featuring his future wife Sadie Frost.

He received wide international attention for his role in The Talented Mr. Ripley. He won the BAFTA Award for Best Actor in Supporting Role for the very movie along with Golden Globe and Academy Award nominations. 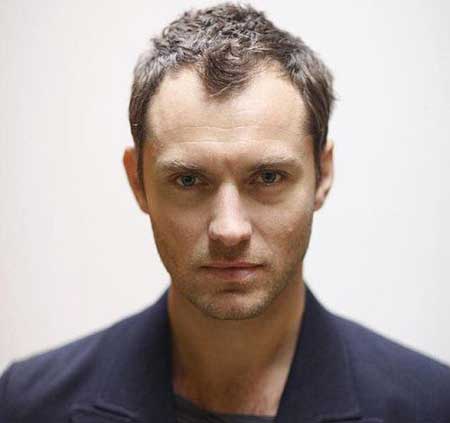 In 2004, he received Golden Globe Award, Academy Award, and British Academy Film Award nominations for his performance in the movie Cold Mountain.

Some of his famous movies include Repo Men, Contagion, Enemy at the Gates, Hugo, Anna Karenina, and The Grand Budapest Hotel.

His upcoming projects include A Rainy Day in New York, The Rhythm Section, and Captain Marvel.

Law has an estimated net worth of about $45 million at present.

Law was married to actress Sadie Frost on 2 September 1997. The couple first met while filming Shopping. The couple who has three children together namely Iris Law, Rafferty Law, and Rudy Law divorced in October 2003.

He began dating actress Sienna Miller in late 2003 and got engaged on Christmas Day in 2004. The couple broke in 2006 as Law had an affair with his kids' nanny.

While in a relationship with American model Samantha Burke, Law welcomed his fourth child; a daughter named Sophia Law.

Miller and Law got back together in December 2009. Again, the couple broke up in February 2011.

He revealed about fathering for the fifth time with Catherine Harding in October 2014. At the same time, he mentioned that the two were no longer in a relationship. His daughter Ada Law was born in March 2015.

He is currently in a relationship with Phillipa Coan. She is a doctor in psychology. The two started dating in 2015.

She is the first wife of Law, whom he first met while working on the film Shopping. The two have welcomed two sons and a daughter together.

He is the first son of Jude, who these days is actively working on the modelling industry.

She is the first daughter born to Jude, who is often seen with her siblings and dad at several events and programs.

He is the third child of Jude, who is known for his portrayal in the movie Dotty.

She is the fourth child of Jude, who was born safe and healthy in the year 2009.

She is the youngest member in the family, who was born healthy in March 2015.