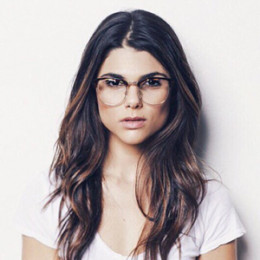 Nicole Pedra was born on 5th January 1988 to Christi and Dennis Pedra in Boston, Massachusetts, USA. She grew up along with siblings: brother, Dave, and sister, Danielle.

She attended public health at Syracuse University and completed her degree in Science in 2010. In the University, she was a part of the Kappa Kappa Gamma.

She is one of the beautiful models who is associated with Maggie Inc. Models agency in Boston. She has done several photo shoots which were powered by Mainboard Creative Technology. Apart from this, she also works as a model for Dynasty Models & Talent which is a full served SAG franchised agency servicing client Nationwide.

Pedra has just started her career her career in modeling and focusing on her career rather than getting involved in a love affair.

However, she was previously in a relationship with Alexander Ludwig, since 2012. The couple shared their romantic picture on social media including Twitter. They are mostly seen interacting on Twitter.

The duo also went on a vacation in Hawaii in December 2012 and was looking for a house together too. After living in a relationship for nearly two years, she broke up with her boyfriend.

Being associated with two of the biggest model agency, Pedra must be paid a good sum of salary. Though her salary and net worth is not yet published, looking at her lavish lifestyle, she probably has an estimated net worth more than six-figures.