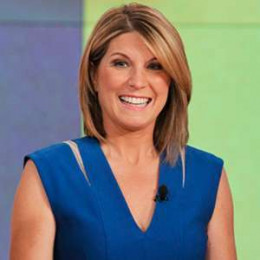 American author, chief political analyst for MSNBC and political commentator for NBC News, Nicolle Wallace is currently married to a businessman, Mark Wallace. Nicolle has served former president George W. Bush as his communications chief. She also served as a senior advisor for the McCain–Palin campaign in 2008. She is a regular contributor and guest host on MSNBC's "Morning Joe" and a contributor on NBC's "Today Show". She was also the co-host of "The View" talk show.

Nicolle Wallace married Mark Wallace, CEO of United Against Nuclear Iran and the Counter Extremism Project. Her husband is also a former lawyer, who has worked in a variety of government, political and private sector.

Wallace's net worth is estimated to be $3 million.

Wallace was born on 4 February 1972 in Orange County, California. Her mother is a teacher and her father is a Manhattan antique dealer.

She received a B.A. in mass communications from the University of California, Berkeley. She completed a master's degree from Northwestern University's Medill School of Journalism.

She is the author of contemporary political novel Eighteen Acres and It’s Classified. It is included in The New York Times Best Seller list.

She released her third novel, Madam President in April 2015.

Her husband, Mark Wallace is a political and private businessman. The couple married in 2005. Both of them love each other and there is no sign of divorced in their relationship.

The couple has one son named Liam Wallace; he was born in 2012.