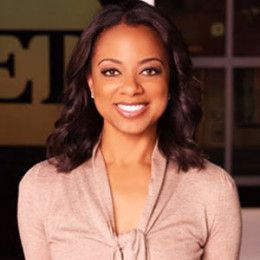 Nischelle Turner is currently in an entertainment columnist for HLN’s Showbiz Tonight and CNN. She is the only child to a single-parent mother, Jacque Turner. She belongs to black ethnicity and holds an American nationality.

Turner lived in a joint family, and later she understood that college was her big chance for a change of her career and joined the University of Kentucky. She left Kentucky at the starting of her junior year and returned to Columbia to pursue journalism at the Missouri School of Journalism. She graduated in the year 1998.

Nischelle began her career through radio/television presenter, as a general assignment journalist for KTTV ROX 11 from 2004 to 2nd of October 2008. She also worked as sideline reporter for FOX’s Sunday NFL broadcast.

Turner also worked at WEHT, the ABC affiliate in Evansville, Indiana. She served as a reporter-anchor at WVUE-TV in New Orleans.

Turner as a CNN reporter

She worked as a reporter for “Showbiz Tonight” in December 2011. Afterward, she shifted to New York to deliver entertainments parts to morning program titled “New Day.” Turner's work at CNN involved leading the network’s coverage from the red carpet at the Grammys, Golden Globes, and Oscars and live reporting of breaking news and the death of music legend  Whitney Houston.

Turner is not married yet and possibly single. As a matter a fact she seems to very very secretive about her personal life and likes to keep to herself and away from the media.

However, there were some rumors that Turner was dating American actor Eddie Murphy in 2007. There was also news that they didn't get along very well and separated in the same year.

Emmy Award-winning journalist Turner has an estimated net worth of $500 thousand dollars. Most of her earnings come from her hard work in the field of journalism.