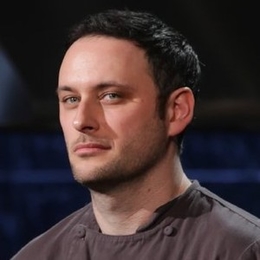 In the world of technology, dating application has surely done magic for a lot of people including for food blogger Noah Galuten and his wife.

Who Is Noah Galuten?

Based in Los Angeles, Noah Galuten is an author, chef and food blogger and critic, who is best known as the writer for Man Bites World which is sadly no more. But, Mr. Galuten who got hitched last year in 2018 still actively updates his food diaries on Instagram.

But, who is Galuten married to?

Noah Galuten shares a married life with his partner of more than two years, Iliza Shlesinger whom he met through a dating app in July 2016. And when Noah asked her out, romance immediately sparked between the two. Matter of fact, to keep their affair secretive, Iliza kept Noah's original identity by regarding him as Smoky Husky. 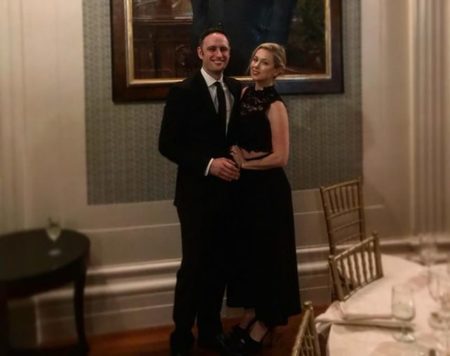 Shlesinger, a tv host who won Last Comic Standing in 2008 said yes to Galuten's romantic marriage proposal the following year in less than twelve months. Noah romantically prepared by decorating their home with candles and flowers for the special day.

Speaking of their engagement, Mrs. Galuten describes that Noah got on his knees when the pair came home from dinner. And, as she began to unbutton her pants since she needed to go use the bathroom, that was when it happened.

On 12th May 2018 right before Mother's Day, Noah and his fiancee turned wife finally exchanged their marital vows officiated by Iliza's cousin; Brett Konner in an intimately lavish Jewish wedding in City View Penthouse at South Park Center planned by the bride herself and her mother. 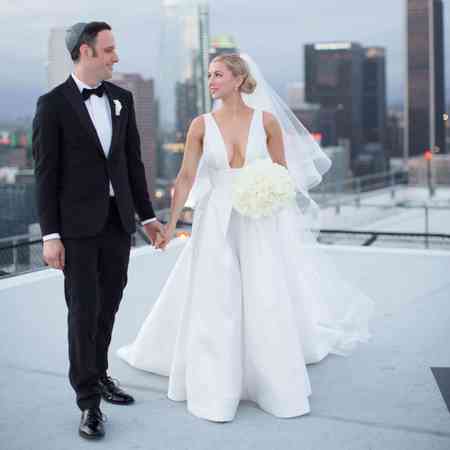 Noah Galuten and his bride, Iliza on their wedding. SOURCE: Brides

The couple had heli take their pictures from the rooftop of their venue. Thanks to Iliza's childhood best friend, Sarah Natasha, who took all the beautiful pictures. Additionally, Galuten's chef friend, Jeremy Fox created the wedding menu for the guests.

Iliza looked elegant in a white plunging bridal gown designed by Monique Lhuillier. Iliza added rhinestones to add a more bridal look to the veil at the request of her mother. Likewise, Noah looked dapper in a black suit and pants accompanied by a kippah.

In the meantime, the couple is yet to start a family of their own.

Interestingly, Galuten previously wanted to become an actor as he joined college to study theatres. Unfortunately, since his career failed in the respective field, his passion changed into becoming a food blogger. 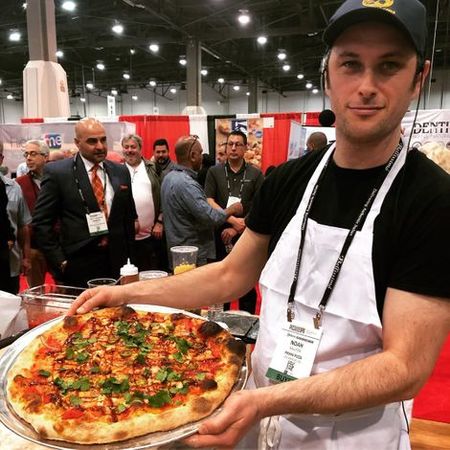 And, to establish his new career, Galuten began by creating a new project called Man Bites World where he recorded about all the more than 90 different nationalities' cuisines he ate in a targeted period of time of nearly 102 days.

The journey, however, wasn't easy though as he became broke after spending thousands of dollar on the food. But, it was also what brought him beyond the horizon and helped him form his newfound career.

The Cali native currently works at different eateries including coffee shop; Cofax, Bludso's Bar & Que and Prime Pizza, and shares about his eating whereabouts to his fans followers on his Instagram account and YouTube channel called Tasted.

The author of On Vegetables: Modern Recipes for the Home Kitchen published in 2017 is estimated to have earned no less than $1 million.