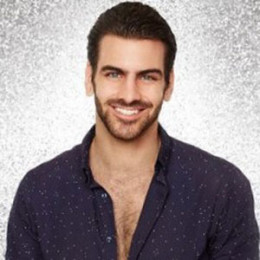 Nyle DiMarco is well known as a model, actor, and Deaf activist. He is the second male winner and the first Deaf winner of The CW's America's Next Top Model Season 22 in 2015. Moreeover, he is the winner of the Dancing With The Stars Season 22 with partner Peta Murgatroyd and was the show's second Deaf contestant, the first being Marlee Matlin, and the first Deaf winner. Besides modeling, he earned acting credits in the TV series 'Switched at Birth' and in the independent film 'In the Can.'

Nyle DiMarco was born on 8th May 1989. He grew up in Frederick, Maryland. He is a native New Yorker and was born into a large multigenerational Deaf family.

American Sign Language (ASL), lip reading and nonverbal communication are the means through which he communicates. He has a fraternal twin brother, Nico DiMarco, and an older brother, Neal DiMarco. He was born with profound hearing loss.

As an actor, Nyle DiMarco worked in many films, and series like ABC Family's drama series Switched at Birth, In the Can, an ASL Films production, and Difficult People Hulu Series.

He is the founder of Nyle DiMarco Foundation and an honorary spokesman for Language Equality and Acquisition for Deaf Kids. The foundation provides information to parents of deaf children about teaching them American Sign Language, cochlear implants or hearing aids.

He is passionate about language and literacy and advocacy within the Deaf Community. In June 2016, DiMarco walked for Giorgio Armani at Milan Fashion Week Spring/Summer 2017.

During the Switch-Up Week on DWTS, Nyle DiMarco told Sharna Burgess that he had been in a ten-year relationship. However, he did not reveal the name of his girlfriend.

There were also rumors about Nyle dating Karrueche Tran, a model. The story sparked after they were seen together at the 7th Annual amfAR Inspiration Gala at Skylight at Moynihan Station in NYC on 9th June 2016. But both never confirmed about their relationship.

Big DEAF Energy!!! - I’ve been getting messages regarding sudden loss of hearing and/or the compatibility of fluency in sign language (or lack thereof) with the deaf community. Well @chellaman and I are here to tell you that there is no one right way to be deaf... so just BE YOU. Love yourself. Be your authentic self. And then the stars will align. I promise you this

He was also linked with Peta Murgatroyd his Dancing With The Stars partner. But in an interview in October 2015 with Out magazine Nyle said that he is "sexually fluid".

Nyle DiMarco earns a good salary from his career which adds up his current net worth of U.S. $250 thousand.