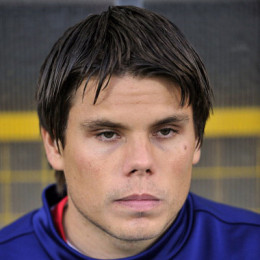 He is a Croatian professional football player who plays from the position of defensive midfielder , currently in the Dinamo Zagreb on loan from Dynamo Kyiv and in the Croatian National Football Team. He wears jersey number 55 in the ground. He had started his youth career at Mladost Ždralovi and made his professional debut from the club Bjelovar in 2001. He has been playing from the Croatian club since 2007.