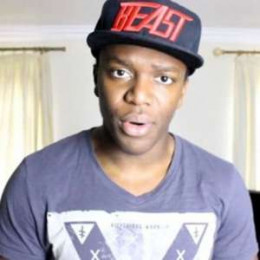 Olajide Olatunji, also known as KSI, is a comedian, YouTuber, and a rapper. He is known for his YouTube channel, KSIOlajidebt, which has earned over 11 million subscribers, as of January 2016. His main channel mainly focuses on FIFA, football, music and comedy content and other PC-based modifications on his secondary channel. Olajide became the face of Sports Relief online and was active in Save the Children and prostate cancer charity promotions in 2014.

Olajide Olatunji is known in music for his singles like Lamborghini, Keep Up, Goes Off, and Friends with Benefits. He has worked as a featuring artist as well. Olajide is single at present. After breaking up with his long-time girlfriend, Seana, he has stayed single. The two appeared together on several of his YouTube videos as well. There is no known reason for their separation.