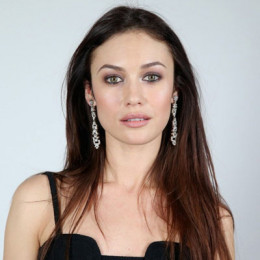 Olga Kurylenko is a popular French actress and a model who is known for her roles in the movies, Quantum of Solace; a James Bond Movie, movie adaptation of video game Hitman, etc. She has been active in the industry since 2001. She had started her acting career in 2005. Her modeling career started when she was discovered at the age of 13 and later moved to Paris to pursue her career in acting. Her parents were divorced when she was three and was raised by her mother.

Olga Kurylenko was born as Olga Konstantinovna Kurylenko on November 14, 1979, in  Berdiansk Ukraine. She is a daughter of Konstantin and  Marina Alyabysheva.

Her parents split when she was just 3 so she was raised by her mother only. Rarely she had a contact with her father as she met him when after five years of her parent's divorce and later when she was 13.

Her educational background hasn't disclosed yet but it is believed she hadn't sound and ease education as she had to travel different places. However, the actress has fluent in English, French anRussianan.

At the age of 13, while she was enjoying her holiday in Moscow, she was discovered by a female model scout and her modeling career takes off. In 1996, she signed a contract with the Paris-based Madison modeling agency.

Olga has started her career since her early days. At the age of 18, she appeared on the cover of Vogue and Elle magazines. She has collaborated with many renowned fashion house and brands as she became the brand face for Bebe, Clarins.

She also appeared in Victoria's Secret catalog. In 1998, she features in the music video of Faudel song "Tellement Je T'aime".

In 2005, she started her acting career as she succeeds to received Brooklyn International Film Festival for her performance in L'Annulaire.

She has worked in numerous movies such as;  Hitman, Max Payne, Quantum of Solace, Oblivion and much more. In 2008, she featured on the cover of Maxim magazine.

The model turned actress Kurylenko has got married twice and both times her marriage was ended on a sad note.

In 2000, she exchanged a vow with Cedric Van Mol, a French fashion photographer. However, after four years of togetherness, the couple ended their marital life in divorce. She doesn't have any kids from her first marriage.

Later she involved in a romantic relationship with Damian Gabrielle who is an American mobile phone accessory entrepreneur. But sadly same like her previous marriage, this was also termed as an unsuccessful one. The couple gets split in late 2007.

After facing two unsuccessful marriage she moved to London in 2009 and met Danny Huston, her Magic City co-star to whom she dated for a year and had a breakup.

Currently, she is dating a Max Benitz, former actor and she shared a son with him named Alexander-Max Horatio (born on October 3, 2015).

The 37-year-old actress has a quite impressive net worth of $18 million which she earned from her acting and modeling career.

He is a French fashion photographer. The two were in relationship when she met him during her photo shoot. They got married following their affair but they got divorced after 4 years of marital relationship. They have no any children together.

He is an American mobile phone accessory entrepreneur. They got married after spending some time in love relationship. However, their marital life did not sustain more than a year. They have no children together.